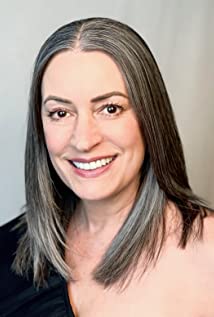 Paget Valerie Brewster is an American actress, voice actress, and singer. She was first recognized for her recurring role as Kathy on the fourth season of the NBC sitcom Friends. Her breakthrough role came as Supervisory Special Agent Emily Prentiss on the crime drama Criminal Minds, on which she appeared regularly from 2006 to 2012 and has since returned to for guest appearances before returning regularly in 2016. Her other roles include voicing Elise and Mr. Mumbles on Dan Vs., Frankie Dart on the final season of Community, the voice of Birdgirl in Harvey Birdman Attorney at Law, Sara Kingsley on the Fox sitcom Grandfathered, and voicing Donald Duck's twin sister Della in the 2017 series of DuckTales, marking the first animated appearance of the character.Brewster was born on March 10, 1969, in Concord, Massachusetts. Her mother, Hathaway Brewster (née Tew), worked as a government official, and her father, Galen Brewster, worked as a school administrator.Brewster grew up in Massachusetts and moved to New York City to attend Parsons School of Design. During her first year, she made her acting debut and eventually dropped out of design school to pursue her acting career. In the mid 1990s, Brewster moved to San Francisco and enrolled in acting classes.Between 1994 and 1995, Brewster hosted a late-night talk show in the San Francisco Bay Area called Paget for 65 episodes at KPIX-TV. She first came to prominent attention in her recurring role as Kathy in the fourth season of NBC's Friends. She appeared in Andy Richter Controls the Universe and Huff. On film she played Ms. Indestructible, the female lead in James Gunn's low-budget superhero comedy The Specials (2000). She played Amy Pierson, a calculus teacher afraid of the water, in the independent film The Big Bad Swim, which premiered at the 2006 Tribeca Film Festival.In 2005, she began voice work as Judy Sebben/Birdgirl, a recurring character on the animated series Harvey Birdman, Attorney at Law (and later played a similar guest character on American Dad!).