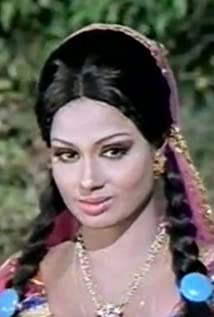 Padma Khanna was born in Northern India. She made her debut at the age of 21 in 1961 in an unreleased Bhojpuri film. After the filming of that movie, she realized acting was just not for her. So, she decided to go back home and complete her studies. After a 9 year hiatus, she returned to acting where she was cast as a cabaret dancer in Johny Mera Naam (1970). After that, there was no looking back and she went on to dance in more than 500 movies throughout the 1970s and early 1980s. After her marriage in 1986, she retired from acting and moved to America. She now runs a dance school named Indianica Dance Academy in Iselin, New Jersey. She has a daughter Neha Sidana, and a son Akshar Sidana.