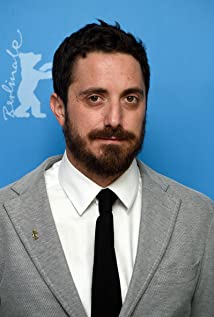 Born in Santiago in 1976, Pablo Larraín is, along with Sebastián Lelio, Chile's greatest movie director as well as a major producer (through his Fabula company). Not for the weak-hearted, his films are straightforward, generally aggressive and interspersed with violence. They paint a hard-hitting portrait of his country, Chile, notably in a trilogy covering fifteen years of national history from 1973 (the last days of Salvador Allende's presidency in Post Mortem (2010)) to 1978 (the height of General Pinochet reign of terror in Tony Manero (2008)) to 1988 (the last days of Pinochet in No (2012)). Another characteristic of Laraín's cinema is the unusual angle under which his subjects are dealt with. If the writer-director decides to attack Pinochet he does it through a strange love story or by telling the misdeeds of a petty thief imitating John Travolta or else by portraying an ad executive coming up with a campaign to defeat the dictator. Likewise, Fuga (2006), his first effort, was about a composer going mad while his last one to-date, The Club (2015) takes place in a beach house where priests who have "sinned" are sidelined. This firebrand earned the director the Silver Bear at the Berlin International Film Festival. It is also Chile's official selection for the 2016 Best Foreign Movie Award.

Crystal Fairy & the Magical Cactus and 2012