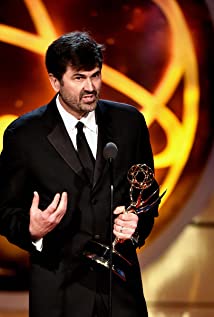 Born in New Jersey, Owen Renfroe is a tv director and feature writer living in Los Angeles. His professional career began at age ten, when he sang in the children's chorus of the Metropolitan Opera Company in New York City.Renfroe graduated from Wesleyan University with a BA in film studies, under the mentorship of Jeanine Basinger. His thesis short film, "The Story Of Miriam And Leonard", screened at numerous festivals around the country including the Chicago Int'l Film Fest, Denver Int'l Film Fest, and Santa Barbara Int'l Film Fest, and was a finalist for the Student Academy Awards.He has since directed over 750 episodes of network daytime dramas including "The Young and the Restless", and "General Hospital". He directed the pilot and numerous episodes of the Nickelodeon series "Hollywood Heights", based on the popular Mexican telenovela, "Alcanzar Una Estrella". In 2015, Director Francis Ford Coppola invited him to Oklahoma as his directing consultant on his "live cinema" project, "Distant Vision".Renfroe has six Daytime Emmys for his Directing work, and has been honored with a DGA Award for Outstanding Directing in a Daytime Serial.His feature screenplay, "The Savage Trail", won best screenplay at the Richmond Int'l film festival, and the Jaipur Int'l film festival in India. His screenwriting projects include: "Los Tres", a bilingual western; "Panacea", with Ricardo DeMontreuil attached to direct, and Carla Hool attached to cast; "Daniel", a psychological thriller, which he co-wrote with Ricardo DeMontreuil; and "Eon", to be produced by Zucker Productions.