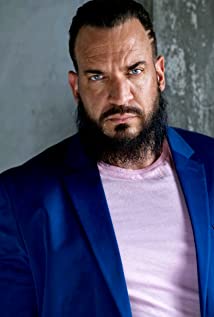 Owen Harn is an American actor of Spaniard, Irish and British decent. Owen was born and raised in Silver Spring, Maryland on June 4, 1981. His mother was a nurse and his father a construction manager. At the age of six, Owen knew he wanted to be an actor after watching his first talent show in Elementary school. In first grade he was punished for imitating other students and teachers. At that point he knew that he was onto something special, so he continued creating characters and doing impressions. At the age of 12 Owen moved to Largo, Florida with his father and older brother, after his mother passed away. Florida became his home, where he was able to get the hard training and true life experiences he needed to become a well trained actor. He knew he had to take the negative experiences and turn them into positives. He considered every experience, good or bad as a form training. After high school, he went into theatre and improvisation where he learned to develop a plethora of characters in which he still uses today. In 2009 he attended The Performers Studio Workshop in Tampa, FL where he became a professional actor and booked his first job on the TV show in Miami, FL "Burn Notice". After that job, he never looked back and continued to work. Although, it was Owen's dream to be a comedic actor, he was able to find his niche as a character actor. He also knew he had to be taken seriously as an actor before it was time to show the comedic side of him. He can be recently seen on AMC's "Into the Badlands", "The Walking Dead", HBO's "True Detective", The theatrical film "Max" and Cinemax's "Banshee". In 2016 Owen made his comedy debut as he Guest Starred on HBO's "Vice Principals" alongside Danny McBride and Walton Goggins. Also in 2016 he Guest Starred on Cinemax's new drama series "Quarry". Coming in 2017 Owen will be seen alongside Jeremy Irons and Jack Huston in the indie comedy "An Actor Prepares". Owen will also appear in Sundance's "Hap and Leonard", FOX's "Gotham", CMT's "Still The King" and POP Network's "Swedish Dicks". Owen worked with Kevin Hart, filming the comedy "Night School"