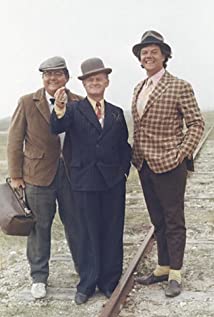 Ove Sprogøe was one of Denmark's finest and most treasured actors. Born in 1919 in Odense, where he also grew up, his parents were Arthur and Inger Sprogøe. He married his wife Eva in 1945, the same year as his stage debut at Folketeatret in Copenhagen.Through a long career in film, television and theatre, his most famous role was as Egon Olsen in the film series "Olsenbanden". The characters and the 14 films are common ground for all Danes and also became popular in Germany as well as in Norway and Sweden where local versions were produced.Even so, Sprogøe was always able to maintain a diverse range as an actor, playing all genres on stage as well as on screen. This included a multitude of popular comedies, a recurring role in the popular series Monopolie (1978) and a great number of variety shows.Ove Sprogøe died in the fall of 2004 and is remembered as one of the true greats of Danish film.

War of the Birds

You Are Not Alone