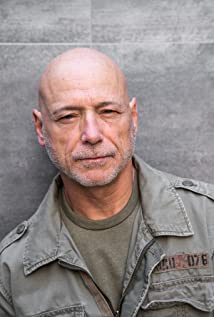 He grew up in a small town in Northern Maine, Left Maine his Senior year in High School and moved to Ft. Walton Beach High School when his father was hired to work on an oil rig off the coast of Louisiana. He Graduated from Fort Walton High School and moved back to Maine where he joined the U.S. Navy. He did four years in the Navy on a Nuclear Powered Fast Attack Submarine. After the U.S. Navy he did a couple of odd jobs then was hired by the San Diego Police Dept. where he did 28 years.He worked in various assignments while on with the San Diego Police Dept. which included S.W.AT., Patrol, Crime Suppression Team, Beach Team, Narcotics and the Executive Protection Detail.In 2017 he was contacted by a retired military friend that asked if he would like to interview for a Technical Advisor Position for a series coming out on CBS in the fall of 2017. The series was called S.W.A.T, he interviewed for the position and was hired as the Technical Consultant. After a few episodes, one of the small one line parts had not been cast and he was asked by the writer of the episode if he would like to read the line for the episode. He did, that followed up with a few more lines in a few more episodes. He was then given a name "Sgt. Stevens" and is a recurring character. He retired from the San Diego Police Dept. in Oct. of 2018