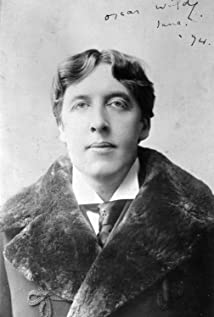 A gifted poet, playwright and wit, Oscar Wilde was a phenomenon in 19th-century England. He was illustrious for preaching the importance of style in life and art, and of attacking Victorian narrow-mindedness.Wilde was born in Dublin, Ireland, in 1854. He studied at Trinity College in Dublin before leaving the country to study at Oxford University in England when he was in his early 20s. His prodigious literary talent was recognized when he received the Newdegate Prize for his outstanding poem "Ravenna". After leaving college his first volume of poetry, "Patience", was published in 1881, followed by a play, "The Duchess of Padua", two years later. It was around this time that Wilde sparked a sensation.On his arrival to America he stirred the nation with his flamboyant personality: wearing long silk stockings--an unusual mode of dress--long, flowing hair that gave the impression to many of an effeminate and a general air of wittiness, sophistication and eccentricity. He was an instant celebrity, but his works did not find recognition until the publication of "The Happy Prince and Other Tales" in 1888. His other noted work was his only novel, was "The Picture of Dorian Gray" (1890), which caused controversy as the book evidently attacked the hypocrisy of England. It was later used as incriminating evidence at Wilde's trial, on the basis of its obvious homosexual content.Wilde was a married man with children, but his private life was as a homosexual. He had an affair with a young snobbish aristocrat named Lord Alfred Douglas. Douglas' father, the Marquess of Queensberry, did not approve of his son's relationship with the distinguished writer, and when he accused Wilde of sodomy, Wilde sued the Marquess in court. However, his case was dismissed when his homosexuality--which at the time was outlawed in England--was exposed. He was sentenced to two years hard labor in prison. On his release he was a penniless, dejected man and soon died in Paris. He was 46.Wilde is immortalized through his works, and the stories he wrote for children, such as "The Happy Prince" and "The Selfish Giant", are still vibrant in the imagination of the public, especially "The Picture of Dorian Gray", the story of a young handsome man who sells his soul to a picture to have eternal youth and beauty, only to face the hideousness of his own portrait as it ages, which entails his evil nature and degradation. The book has been interpreted on stage, films and television. In 1997 Stephen Fry played the lead in Wilde (1997) and Jude Law as Lord Alfred Douglas.

Pact with the Devil

The Importance of Being Earnest