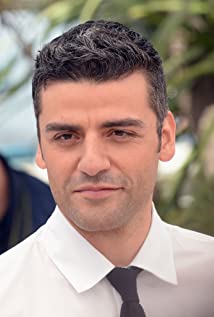 Oscar Isaac was born Óscar Isaac Hernández Estrada in Guatemala, to a Guatemalan mother, María Eugenia, and a Cuban father, Oscar Gonzalo Hernández-Cano, a pulmonologist. Oscar was raised in Miami, Florida. Before he became an actor, he played lead guitar and sang vocals in his band the Blinking Underdogs. He graduated from the Juilliard School in 2005.Isaac's first major film role was Joseph in the film The Nativity Story (2006). He also had a small role in All About the Benjamins (2002) and the Ché Guevara biopic Guerrilla (2011). In addition to movie appearances, he made an appearance in the television series Law & Order: Criminal Intent (2001). He also had a part in the movies The Life Before Her Eyes (2007); Body of Lies (2008), alongside Leonardo DiCaprio and Russell Crowe; Agora (2009), alongside Rachel Weisz; and the Australian film Balibo (2009), where he played José Ramos-Horta, former president of East Timor, set amid the Indonesian invasion of East Timor in 1975; Isaac won the Australian Film Institute Award for Best Supporting Actor for the role.In 2013, Oscar starred in the Coen Brothers' folk music-themed comedy-drama, Inside Llewyn Davis (2013), for which he received a Golden Globe Award nomination. He subsequently starred in the crime drama A Most Violent Year (2014) and the science fiction thriller Ex Machina (2014), and appeared in the Star Wars films Star Wars: Episode VII - The Force Awakens (2015) and Star Wars: Episode VIII - The Last Jedi (2017), as X-wing pilot Poe Dameron, and the ninth X-Men film, X-Men: Apocalypse (2016), as the mutant supervillain Apocalypse. He has also headlined the HBO miniseries Show Me a Hero (2015), as politician Nick Wasicsko in 2015, which earned him the Golden Globe Award for Best Actor - Miniseries or Television Film.He has a son with his wife, Danish director Elvira Lind.