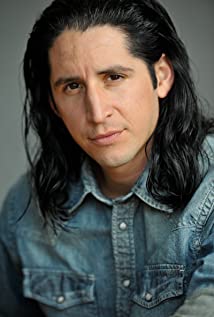 Omar Paz Trujillo was born and raised in the Española Valley located in majestic northern New Mexico. The son of a Mexican-American Mother and Indo-Hispano Father (The Trujillo Family has been in northern New Mexico since its settlement in 1598), Omar's upbringing as a small-town Latino instilled in him strong ties to his family, culture and land.Diagnosed with middle-child-syndrome at the age of 2, Omar resorted to "acting up" very early on in life, usually with entertaining results, and developed a knack and taste for performing in front of others. Omar did not train formally until he attended the University of New Mexico where he studied Film and Theatre, but his talent as an actor and singer were noticeable from the start and he was encouraged to pursue his childhood dreams by family, friends and teachers alike, and took roles in community and school productions throughout his childhood and adolescence.Years of hard work and persistence led to Omar's first day on set as a speaking actor on the date of 07/07/07, which he took as a sign of the good fortune to come. Omar would not only be playing a supporting role, but also acting opposite Cuba Gooding Jr. as his partner "Luis DeSanto" in the film "Linewatch". The story behind his getting that role has a film-like quality to it as Omar was originally cast as "Juan", a minor character with only one line, but was later offered the supporting role of Luis after being asked to read Luis' lines at the film's "Table Read"."Linewatch" was followed up with roles in "Terminator Salvation", WWE Studios' "The Reunion", and the film adaptation of Novelist Judy Blume's "Tiger Eyes".One of Omar's latest roles, "Jesse Bonez" in Lionsgate's "Blaze You Out", has enabled him to fulfill a lifelong dream by giving him the opportunity to film in his hometown of Española, as well as work with childhood friend Diego Joaquin Lopez.The most recent film project for Omar is Mattel's "American Girl: Saige Paints the Sky", where Omar plays a warm and friendly Ranch Foreman named Luis, who is a source of encouragement in young Saige's life.In addition to pursuing a career in the film and entertainment industry, Omar is extremely passionate about preserving the cultural land-based traditions of northern New Mexico, and does his part by working his family's ancestral land, El Rincon Farm, which focuses on the growing of native crops including the famous Chimayo Chile. Omar's other passions include singing, writing, photography, as well as traveling the world.