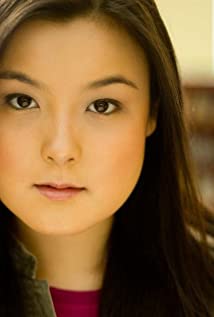 As a younger child, Olivia Oguma was a Ford Model who was predominately featured in national print campaigns for Chanel, Vogue, Saks Fifth Avenue, Earnshaws, Motorola, and the Gap, among others. She soon branched out into the commercial world, appearing in over 62 commercials including ones for Tide, Jell-o, IBM Computers, Triaminic and Life Cereal. On the heels of working steadily as a model and commercial actress, she then booked the role of Pearl in the NBC pilot "Magic Music Hall" with Eric Clapton. Directly following the pilot, Olivia became a regular on the PBS favorite children's show Sesame Street (1969), on which she played herself and she also secured a small role on the NBC soap Another World (1964). After that Olivia branched out into theater appearing on Broadway and national tours, including "Les Miserables" and "A Christmas Carol." As a singer she has lent her vocal talents to several films including Stepmom (1998) and Fallen (1998). In addition, she has sung on ten albums. Her mother is Karen Oguma, a retired professional ballet dancer who danced with such companies as the Boston Ballet, Joffrey 2nd Company and American Ballet Theater, while her father is one of New York City's top chefs. Her brother Oliver Oguma, is also an actor and singer who has extensive credits in theater, opera, film and television.