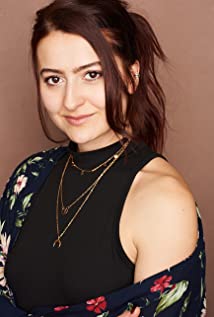 Olivia Castanho is an American actress who was born and raised in South Windsor, Connecticut. She started acting in local theatre at the age of 6 and continued throughout her teenage years until moving to Los Angeles when she was 18. She studied acting in the University of Southern California's BFA program, where she won the prestigious Jack Nicholson award for outstanding performances in her junior year. After graduating, she landed the leading role of Emmy in the indie horror flick "Headshots," then starred in the short film "Don't Blow It" for which she and her costar won Best Duo of the Year at the Top Shorts Film Festival. Olivia booked a small voice over role in the English dubbed show "Marianne" on Netflix. After that, she continued to voice many roles in Netflix foreign film and tv, such as Ling Yun in the series "Triad Princess".Olivia studied improv at UCB and trains weekly with her acting coach, Rob Brownstein.

Caught by a Wave

Nobody Sleeps in the Woods Tonight