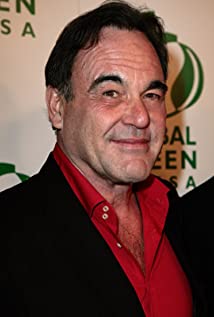 Oliver Stone has become known as a master of controversial subjects and a legendary film maker. His films are filled with a variety of film angles and styles, he pushes his actors to give Oscar-worthy performances, and despite his failures, has always returned to success.William Oliver Stone was born in New York City, to Jacqueline (Goddet) and Louis Stone, a stockbroker. His American father was from a Jewish family (from Germany and Eastern Europe), and his mother, a war bride, was French (and Catholic). After dropping out of Yale University, he became a soldier in the Vietnam War. Serving in two different regiments (including 1rst Cavalry), he was introduced to The Doors, drugs, Jefferson Airplane, and other things that defined the sixties. For his actions in the war, he was awarded a Bronze Star for Gallantry and a Purple Heart. Returning from the war, Stone did not return to graduate from Yale. His first film was a student film entitled Last Year in Viet Nam (1971), followed by the gritty horror film Seizure (1974) for which he also wrote the screenplay. The next seven years saw him direct two films: Mad Man of Martinique (1979) and The Hand (1981), starring Michael Caine. He also wrote many screenplays for films such as Midnight Express (1978), Conan the Barbarian (1982), and Scarface (1983). Stone won his first Oscar for Midnight Express (1978), but his fame was just beginning to show.1986 was the year that brought him much fame to the U.S.A. and the world. He directed the political film Salvador (1986) starring Oscar-nominated James Woods. However, his big hit was the Vietnam war film Platoon (1986) starring Charlie Sheen,Willem Dafoe, Tom Berenger, and Francesco Quinn. Berenger and Dafoe received Oscar nominations for their roles as the polar opposite sergeants who each influence the tour of duty of Chris Taylor (Sheen). Stone won his first Oscar for directing this film, which won Best Picture and was a hit at the box office. After Platoon (1986), Stone followed up with the critically acclaimed Wall Street (1987). The movie, starring Charlie Sheen and Michael Douglas, focuses on the business world of tycoons and stock brokers. The film was well received and won an Oscar for Douglas' portrayal of the villainous Gordon Gekko. Stone returned immediately the following year with Talk Radio (1988), which talked of a foul-mouthed radio host (played by Eric Bogosian) who never fails to talk about the serious issues. Although it was not as successful as his last three films, Stone did not slow down at all. He directed Tom Cruise into an Oscar-nominated role in Born on the Fourth of July (1989).The movie talked about the return of an embittered, crippled Vietnam soldier from the war. Although it failed to win Best Picture or Best Actor, Oliver Stone won an Academy Award for Directing, his third win to date. After Born on the Fourth of July (1989), Stone took a hand in producing several movies, including the Academy Award-winning film Reversal of Fortune (1990). He returned to the director's chair in 1991, once again with two films. Val Kilmer starred as the legendary and controversial Jim Morrison in Stone's psychedelic film The Doors (1991).Despised by former Doors member Ray Manzarek, the film is nevertheless a wonderful achievement, with Kilmer pulling off an almost flawless impersonation of Morrison. Regardless of opinion, The Doors (1991) was overshadowed by Stone's colossal film JFK (1991), which Stone himself considers the best of his films. In Stone's movie, Jim Garrison tackles the conspiracy behind the murder of America's president John F. Kennedy. The large cast featured such well-known names as Kevin Costner, Tommy Lee Jones, John Candy, Joe Pesci, Donald Sutherland, and Walter Matthau. This film represented a change in Stone's works, because it was with this film that he really began to explore the different camera styles and combining them together to create a multi-dimensional way of showing a movie. JFK (1991), as with Platoon (1986) and Born on the Fourth of July (1989), earned eight Oscar nominations and was one of Stone's most successful films. However, he failed to win a third Oscar for Best Director.After this film, Stone directed his third Vietnam film to date. Heaven & Earth (1993) was a film about the war from the viewpoint of a Vietnamese girl, and also co-starred Tommy Lee Jones (who had received an Oscar nomination for JFK (1991)). Despite its new woman's perspective and several positive reviews, it was a box office failure. Stone was unfazed; his next film is perhaps his most notorious film to date. Adapting a screenplay by Quentin Tarantino, Stone made Natural Born Killers (1994) starring Woody Harrelson, Juliette Lewis, Tom Sizemore and Rodney Dangerfield in his only dramatic performance. The film was received well at the box office, while review were very mixed. Because of the violence that people claimed was inspired by the film, it was compared to Stanley Kubrick's A Clock

The Untold History of the United States