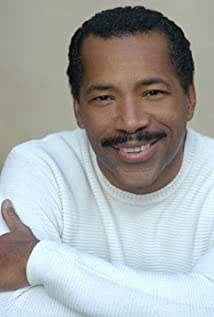 Obba Babatundé is an actor, singer, dancer, director, writer and producer. Obba's breadth of work is known worldwide by audiences of all ages, and his face is one of the most recognizable in the entertainment industry. His career spans over 4 decades and he is a unique breed in today's industry as a triple-threat (and more). Obba is comfortable in the expression of various musical instruments and all forms of dance. In addition to his award-winning performances on stage and screen, he is a nationally renowned speaker and master class teacher for adult and young audiences alike. Obba has often been referred to, and is considered a 'living legend' and is a treasured role model to actors and entertainers of all generations. Central to Obba's career is his unrelenting work ethic and his pursuit of a standard of excellence in everything he does. Amongst Obba's many professional awards and nominations is his Daytime Emmy Award win (2016) for CBS's Bold & the Beautiful, his Emmy nominated performance in the HBO movie "Miss Evers' Boys," his Tony Award nomination for his role as "C.C. White," in the original Broadway cast of "Dreamgirls", his "Best Actor" Award win for the Musical "Sammy" from the San Diego Critic's Circle Awards, his NAACP Image Award win as "Best Actor" for his role as "Sarge" in "A Soldiers Play", the NAACP Trailblazer Award win, an NAACP Image Award-nominated performance in the HBO movie "Introducing Dorothy Dandridge," multiple Ovation Award nominations, and the Lifetime Achievement Award from the Peachtree Village International Film Festival. Obba has appeared in more than 17 stage productions (several on Broadway), 33 films, 60+ television series and made-for-television movies. Presently, Obba can be seen in 4 prime-time series for; Netflix(Dear White People), Showtime (I'm Dying Up Here), Comedy Central (Detroiters) and CBS (Bold & Beautiful). Many people will remember him from his groundbreaking entry into the entertainment industry during his international tour and co-starring roll with Liza Minnelli in "Liza in Concert", which lead to his close relationship with professional mentor, Sammy Davis Jr. Obba's contributions and starring roll (as CC White) in the original production of Dreamgirls on Broadway is one of his most treasured accomplishments. His distinct, unique speaking and singing voice can be heard in multiple ads, commercials, as well as narration for docu-dramas. His animation career includes the feature film The Wild Thornberrys, Air Bud Entertainment / Fandango Production's Pup Star movies, Star Wars: Galactic Battlegrounds, Star Wars: Rogue Squadron II: Rogue Leader, Star Wars: Rogue Squadron III: Rebel Strike and Disney Infinity 3.0 [1] and Rocket Power... to name a few. Obba's writing, directing and producing skills include the Lionsgate Home Entertainment feature film "American Bad Boy" starring Katt Williams, co-producer and director roles in "Oscar's Black Odyssey," co-producer of "Dorothy Dandridge An American Beauty," co-producer of "TV in Black The First 50 Years." He was the associate producer of the horror classic film "Voodoo Dolls" and the executive producer and director of the award-winning short films "Journey" and "Clarissa's Gift. " He co-authored, directed and produced the critically-acclaimed theatrical stage play "In The Blink of An Eye."It is easy to see why Obba is often referred to as one of the busiest actors in Hollywood.Obba has dedicated his life and career to sharing his time, expertise and creative talents with all people, be it professional or personal. He has an uncanny way of making everyone feel as if he is always speaking to them directly and personally. People have described Obba as being genuine, passionate, engaging and at times...very funny!In addition to his on-going acting and artistic projects, Obba is constantly being asked to teach, emcee, host, serve as a keynote speaker and facilitate classes, events, festivals and projects around the world. He leaves an indelible mark everywhere he goes. Obba often says "your do is not your who." When asked to explain, he says "your do is how you affect change in your life. Your who if how you affect change in someone else's life."Obba's journey into the entertainment industry became intentional in high school when he began writing poetry and then, while attending Brooklyn College. His pursuits deepened when he began to expand his poems into one-act plays. Simultaneously, he immersed himself into the New York theatre and dance worlds. Studying under many noted directors and choreographers like Geoffrey Holder, Bob Fossey, Michael Bennett, Hal Prince, Thelma Hill, Frank Hatchett, Henry LeTang, Louis Johnson and Titos Sompa just to name a few. Obba learned early on in his career that being authentic and tapping into ones humanity were important to develop and inform his craft. He comes from the mindset that it is essential to deliver diverse types of artistic skills to his audiences and, always in