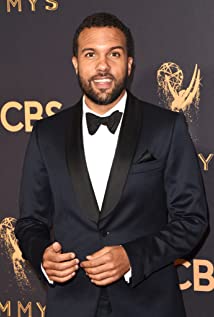 Named one of backstage magazines 30 actors to watch, this year O-T Fagbenle has gone on to be cast as series regular Luke, opposite Elisabeth Moss, on HULU's The Handmaid's Tale, also starring Joseph Fiennes and directed by Reed Morano. This will be the second time that O-T has worked with Reed, after first collaborating together on HBO's Looking.Earlier this year in London, O-T lead a National Theatre cast to an Olivier Award for Ma Rainey's Black Bottom and starred as the male lead in the BBC's movie adaptation of Zadie Smith's novel, NW.O-T was cast as the lead in American crime writer Harlan Coben's original drama series The Five which first aired in April 2016 on Sky 1, soon after playing the titular role in a BBC flagship show for which he won Best Male Actor for this performance at the MViSA awards.Born in London and raised across London, Spain, and Nigeria, Fagbenle was a world traveler at a young age. As a child, music was his passion and he played the saxophone in bands across Europe, performing at the Edinburgh Festival, Wembley Arena, the Royal Albert Hall, and even touring Spain. When he was 16 years old, Fagbenle landed his first proper role in a Nigerian adaptation of the William Shakespeare play Macbeth. Originally hired to play the saxophone, Fagbenle was also given several lines in the play, and he knew at that moment that acting was his calling. The director was so impressed by Fagbenle's work, by the second revival of the play he had secured the lead role. Fagbenle went on to attend the prestigious Royal Academy of Dramatic Arts, graduating early in 2001 and joining alumni such as Sean Bean, Ralph Fiennes, and Anthony Hopkins. Theatre became his passion, as he appeared in dozens of plays across the UK, working in notable productions including the national tours of shows such as Ragamuffin, Romeo & Juliet [as Mercutio], and the West End debut of Porgy and Bess, the musical. Fagbenle was soon offered his first lead role for the stage, in John Guare's award winning play Six Degrees of Separation. His work was met by outstanding reviews, and a M.E.N. Theatre Award for Best Actor in a Leading Role. While Fagbenle's career flourished on the theatre front, he also made his break into film and television.In 2006, Fagbenle made his feature film debut, appearing in The Weinstein Company's Breaking and Entering (2006) opposite Jude Law, Robin Wright, and Juliette Binoche. He was next seen in I Could Never Be Your Woman (2007) in 2007 alongside Michelle Pfeiffer, Paul Rudd, and Saoirse Ronan. In 2008, he made his first appearance on US television, starring on NBC's Quarterlife (2007) playing John, a singer songwriter-- where Fagbenle was able pen and perform all the songs his character played on the show. 2008 also brought starring roles for Fagbenle in the UK; as he appeared in the critically acclaimed Walter's War (2008) as Walter Tull, a biopic of the first mixed heritage officer in the British Army, and Consuming Passion (2008) for the BBC. In 2010, Fagbenle took a leading role as Chris in the BBC One flagship show Material Girl (2010). He also starred in the television series Thorne: Sleepyhead (2010) and Thorne: Scaredycat (2010), adaptations of the Mark Billingham novels Sleepyhead and Scaredy Cat. Directed by 24 (2001) producer Stephen Hopkins, the six one hour episodes also starred Sandra Oh, and David Morrissey, and was sold to over 100 countries. 2010 also brought Fagbenle back to the states, where he starred opposite Tia and Tamera Mowry in the Lifetime movie Double Wedding (2010).Fagbenle went back to his theatre roots in 2012, taking on the role of Slupianek (originated by Alan Cumming) in The Conquest of the South Pole at the Arcola and Rose Theatres. Once again he won critical acclaim across the board, and secured a nomination for Best Male Performance at the Off West End Awards. In 2013, he landed a series regular role in the BBC comedy Quick Cuts (2013) and also was cast on the HBO series Looking (2014) which debuted in 2014. Some of his additional credits include: Happy Endings (2011), Brothers (2009), My Boys (2006), and Doctor Who (2005). In addition to his work in front of the camera, Fagbenle has a passion for working behind the scenes, recently completing two shorts films which he directed, wrote, and produced: Big Bad Blood (2013) and MOTH (Man of the House) (2014). He also occasionally lends his voice out to projects, working with various programs for BBC Radio reaching over 2 million listeners, and he can be heard as the voice of 'Calico' Jack Rackham in the internationally bestselling video game Assassin's Creed IV: Black Flag (2013). Music is still a passion in Fagbenle's life and he loves to collaborate with artists from time to time. He recently worked with Grammy nominated artist Tyga, co-writing the single "Storm" for his Black Thoughts Vol. 2 mixtape.In his down time, Fagbenle loves to go backpacking, play basketball, and volunteers at numerous schools, putting on f