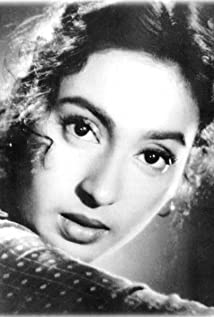 Nutan Samarth was born on June 4 1936 to poet Kumarsen Samarth and his actress wife 'Shobhana' as the eldest of their four children (a younger sister is the actress Tanuja). Her parents separated when she was a small child. 13-year-old Nutan made her debut in K. Asif's "Hamari Beti". She was a beauty queen as well, being crowned Miss Mussorie in 1952. Success at so young an age was trying, and Nutan temporarily quit films in the 50s to move to Switzerland. She returned, married Commander Rajnish Bahl, and began the most innovative and successful faze of her career. She made her mark as a versatile actress able to portray comedy, drama, and romance with equal skill. Nutan was awarded a record-breaking 5 Filmfare awards for Best Actress and one for Outstanding Performance. Her career declined during the 70s and 80s and she spent much of her time collecting rare artefacts and spending time with her family. Nutan died of cancer in February 1991.