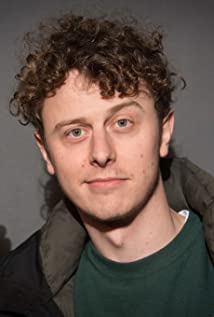 Norman Thavaud was born in the North of France. To ten years old already, Norman loves to create mini-shows on camera. His first audience will be his family. A few years later, he decides to learn cinema at College, in Paris. After three years of studying, he finds a job as a video editor.At the same time, he decides to launch his first Dailymotion's channel, in collaboration with his best friend "Hugo tout seul". Together, they write, act and produce short humorous videos released on Internet. To them, it's only for fun ! But it's a real success and thousands people watch their videos.In January 2011, Norman decides to launch its own YouTube's channel : Norman fait des vidéos. He releases his first video, written, directed, played and edited by himself and it's an immediate success ! So Norman continues to share his humorous point of view in front of his camera, in his tiny apartment in Montreuil. His audience doesn't stop to grow and feels close to him and to his life.It is the first time that French sketches only released on the internet gather such a high number of views. It is a real buzz and each video counts more than 5 millions of views. The French media see Norman as a real phenomenon, and he even is called "la Star du Web Man Show".At the end of 2011, Norman creates, with Nicolas Plisson's help, two comedy shows : "Le Zapping Amazing" and "Le Zapping Amazing 2". He shares the stage with his "Youtubeurs" friends : Hugo Tout seul, Cyprien, Natoo, Jhon Rachid, etc. It is a real hit and they toured extensively in France !During the same time, Norman appears in a few episodes of Palmashow on C8 and also in Bref's show released on Canal+.In 2013, Norman plays the role of Octave Blin in "Pas très normales activités" of Maurice Barthélémy.Two years later, he lands a role in Maiwenn's movie "Mon Roi", highly acclaimed by critics.In 2016, he plays the role of Paul-Edouard in Philippe Lacheau's last movie "Alibi.com", also warmly welcomed by the audience, with 3,4 millions of tickets sold.Simultaneously, Norman meets the famous producer Kader Aoun, and together they write a one-man-show "Norman sur scène". For two entire years, Norman tours across France, Belgium, Switzerland and even Canada !At the present time, Norman continues to create his own videos on YouTube, his first passion. He also plays his own role in the second season of the French TV-show "Dix pour cent", released in April 2017 on France 2.