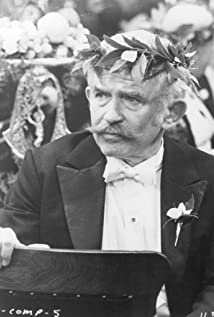 Norman Mailer, the Brooklyn-born and -bred writer who fought for what he characterized as the "heavyweight championship" of American letters after the 1961 death of Ernest Hemingway, never came close to his dream of writing the Great American novel, but he was a colossus of American culture and literature in the 1960s, '70s and '80s. When he died in 2007 at the age of 84, Mailer towered above all other American writers of his and subsequent generations,according to his "New York Times" obituary. A primal life force whose writing elucidated the human condition among America and Americans better than any of his contemporaries for better than three decades, Mailer likely will rank with Herman Melville and Hemingway as among the greatest writers produced by the United States. Although denied the Nobel Prize that he had long coveted (winner of two Pulitzer Prizes, Mailer believed that the near-fatal stabbing of his second-wife Adele Morales by himself in 1960 attributed to his failure to win the big prize), Mailer will be the writer that future generations go to to understand the America of the late 1940s through at least the early '80s. "Advertisements for Myself" (1959), "An American Dream (1966)" (1965), "The Armies of the Night" (1969) and "Executioners Song, The (1980) (TV)_" -- one compendium of odds and ends interlaced with Mailer's musings, one novel, and two books of "journalism" that he classified as novels -- will be mandatory on the reading lists of universities 100 years in the future.Norman Mailer was born in January 1923 in Long Branch, New Jersey, to Fanny (Schneider), who ran a nursing/housekeeping agency, and Isaac Barnett Mailer, an accountant. His family was Jewish. Mailer entered Harvard College in 1939 at the age of 16 to study engineering at a time when there was still a quota on Jews at the Ivy League universities, to keep them the province of the WASPs that still controlled the control up to and through World War II. (Mailer would be a commentator on WASPs and their loosening grip on America and American culture in the post-World War II period. He saw the space project and the landing of a man on the moon as the apotheosis of WASP culture.) He fell in love with literature at Harvard, and began his first attempts at creative writing. Mailer took his degree in 1943, was drafted into the Army the following year and served briefly with a rifle company in the Philippines. His experiences as an infantryman would be the genesis of his 1948 novel "The Naked and The Dead", one of the first of the World War II novels written by the men who had fought it.Mailer would never have termed the generation that went to war in 1941-45 "The Greatest Generation", a concept alien to such post-war writers as Mailer's erstwhile friend James Jones (author of "From Here to Eternity", "Catch-22" author Joseph Heller, or populist American historian Howard Zinn, all of whom served in the War. The officers and enlisted men of Mailer's novel "The Naked and the Dead" are not saints, nor are they on noble missions, let alone quests for something as abstract as "democracy". Democracy is not a staple of Norman Mailer's Army. The officers, as a class, represent an insidious form of fascism -- in kind, if not degree -- in this war against fascism. Published in 1948, "The Naked and The Dead" was a bestseller and made its 25 year old author famous and relatively well-off, financially. Mailer would never have to toil at any craft other than writing for the rest of the nearly 60 years allotted to him. His next two novels, "Barbary Shore" (1951) and "The Deer Park" (1954) were artistic and commercial failures. For 10 years after the publication of "The Deer Park" until "An American Dream" (serialized in "Esquire Magazine" in 1964, rewritten and published as a novel in 1965), Mailer eschewed tackling another novel. Instead, he turned to journalism and revolutionized what had been one of the ghettos of American letters. If there had been no Norman Mailer, perhaps there would have been a "New Journalism", but it would have been poorer as he was its greatest exponent. "New Journalism" was a moniker hung on a particularly personal type of reflection added to the pedantic Who, What, Where & How? of traditional reporting. Rather than exile himself from the story in the interest of an impossible-to-obtain "neutrality" that is so dear to the mainstream American newspaper and magazine culture currying favor with advertisers beyond the truss & body building equipment slums of the old "Men's magazines", Mailer injected himself into the story and wrote about how he was effected by events. His seminal article about the 1960 Democratic National Convention in Los Angeles, "Superman Comes to the Supermarket" (Superman being John F. Kennedy and the Supermarket the Los Angeles where the DNC was held, as well as the new post-War America at large") might very well be considered as the starting point of the New Journalism. The article was published i

Henry Kissinger: Secrets of a Superpower

Keep the River on Your Right: A Modern Cannibal Tale