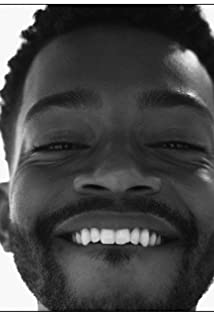 Acknowledged by Deadline, Indiewire, and Variety Magazines as best lead in short film Game, Norman Johnson Jr. is hailed one of the most exciting and talented actors upcoming.As a seasoned film industry veteran, at only 25 years young, Norman continues to breakthrough. In 2018 , Norman filmed three short films and his first Lead introduction in The Last Summer with supporting cast K.J. Apa, Maia Mitchell, and Jacob Latimore.Recently Norman had drawn strong critical acclaim for his star in Game short produced by Weinstein Co directed by Jeannie Donohoe. Shaping his natural energy and ability to thrive in realms of drama, comedy, action, and romance, multiple publications named Norman as one of Tokyo Lift-Off's Best Live Action performers. Winning Bronze in Cannes Lions Festival Norman continues to impress with his wide range.Norman is an accomplished musician, singer and songwriter collaborated with the likes of Wiz Khalifa, Tyga, and Major Myjah. Opened his first tour in 2016 traveling across all states in the US. Outside of music Norman is a self devoted writer and director in film as well. Studied CTVA at California State University Northridge with a minor in nutrition. When not filming, Johnson runs his plant based catering company.Norman Johnson Jr was born in Moreno Valley, California and currently resides in Los Angeles, California.