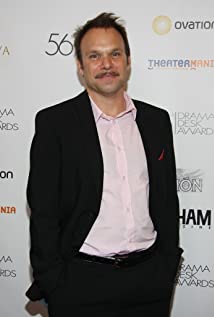 Norbert Leo Butz was born on January 30, 1967, in St. Louis, MO, the seventh child of Elaine and Norbert A. Butz. He has German, French, and Irish ancestry. Norbert went to audition for the Alabama Shakespeare festival in 1993 without using his middle name, but because people kept getting him confused with his father, he quickly decided to add Leo. In 1997, his Broadway career began when he moved with his then-wife Sydney and their baby daughter Clara, to become swing in the musical "Rent." After a couple of months in the part, he got the full-time lead of Roger. After "Rent," Norbert toured as the emcee in "Cabaret" when his daughter Maggie was born. Norbert starred in other shows, such as playing the confused heartthrob Jamie in "The Last 5 Years" and the revenge-seeking Camille in "Thou Shalt Not." He got his big break in 2003 as the hot, careless Prince Fiyero in "Wicked." During his "Wicked" run, however, Norbert and Sydney divorced, and Norbert met his future fiancée and wife, Michelle Federer. Norbert left the show on July 7, 2004, to star in the hit "Dirty Rotten Scoundrels," in which he played the clueless but funny Freddy Benson. Norbert continued that role with the national tour until October 2006, when he filmed Dan in Real Life (2007). Dan in Real Life (2007) opened in theaters on October 26, 2007.