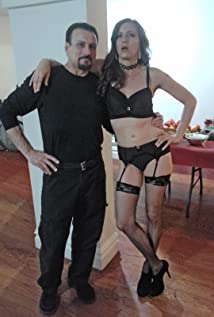 Noël Ramos began his life as an artist when he was very young, taking a serious interest in sculpting and illustration, as well as other media. At the age of 13, he had already created an entire universe of original super heroes. He wrote, illustrated, colored, inked and lettered dozens of complete, one-of-a-kind comic books featuring his characters. After a few more years of intensive self-directed study, Noël enrolled in formal training as a comic book artist with Dick Giordano and Frank McLaughlin, two of the most well-known artists of their time. Dick was the current President of DC Comics, the makers of his favorite hero: Batman. Frank was the inker on the Justice League of America book, one of DC's most popular titles. Frank really took the young artist under his wing, and during a tour of his professional art studio, he introduced Noël to the world of Graphic Design, forever altering his career path. Noël became a young professional Graphic Artist when McDonald's hired him to paint their famous characters on the windows of several restaurants. He was just 16 years old. Upon graduating High School with honors at the age of 17, he immediately left home, striking out on his own by moving all the way to California. Just two weeks after arriving there, still months before his 18th birthday, he was hired as a professional Graphic Artist for a company that designed and created Directories and signage for shopping malls. While living in California, Noël also began working as a DJ and Live Event Host/Emcee. It was the actual beginning of his performance career, and would lead him into radio work, commercial production and the eventual creation of a music conference that grew into an international event. The Independent Music Conference® would be presented in cities all over the U.S., including Hollywood, and even as far away as Brisbane, Australia. Almost eight years after moving to Sacramento, Noël returned to his hometown to open his own Graphic Design business, which flourished for years. At one time he had designed the logos for both of the top two radio stations in Connecticut, and his billboards and bumper stickers could often be seen next to each other on the highways. Then as the technology became easily available to consumers, and the digital video revolution began in earnest, Noël leapt into it by publishing a magazine and created a television show based on it, called "Mixx Video." For two years he hosted the cable access program watched by almost 40,000 cable subscribers. During its run, the show won two viewer's choice awards, and Noël interviewed dozens of famous musicians, and featured many local artists on the live program. As the Independent Music Conference grew he began to focus less and less on the performance side of his efforts, until many years later, when he joined a semi-professional singing group called LeVoci as one of three basses. Together they toured Italy and sang in beautiful and historic locations such as the Vatican. Singing in public reawakened Noël's love for performance, but it wasn't until a fateful email some years later that he'd end up in front of a camera again. Ironically, as if to symbolize the lifelong link between his graphics career and his performance efforts, the email arrived via an unlikely source. It was posted to a discussion list for Graphics and Digital Media people. It was a call for "Extras," needed for a feature film that was to be shot in scenic Great Barrington, MA. He took a chance and sent a recent photo. The reply was immediate and surprising: "Hey Noël, Thanks so much for your response, you are exactly the type we are looking for." To summarize the whirlwind that he was about to experience: Noël ended up filming for well over a month, was bumped up (promoted) to a named character: "Agent Fidelio," and promised a listing in the credits! The final scene was shot in New York City, and it was spectacular. The film is called "Like Lambs" and stars such well-known names as Liam Aiken (Lemony Snickets w/ Jim Carrey and Road to Perdition w/ Tom Hanks), Justin Chon (21 & Over, Twilight) and more! The encouragement Noël received from the film's Producers and Directors, helped him launch a brand new career. Just two years after that email arrived, Noël's resume was filled with TV credits, short films, Feature-length films, Commercials, Spokesperson roles, Live Theater, and more...