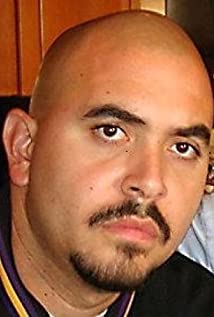 Actor, Producer and Founder of independent film company Entangled Entertainment, Noel Guglielmi was raised in Los Angeles and first cast -- without a formal audition -- in a Taco Bell commercial at the age of 15.Discovered during an acting class as a boy, today he is one of Hollywood's most recognized faces with more than 150 large and small-screen credits to his name over a 25-year career.Noel has worked with some of the best in the business, with roles in Fast and Furious, Training Day, Bruce Almighty, Purge Anarchy, The Dark Knight Rises, Fresh Off the Boat, CSI Miami, Bones, The Walking Dead and literally hundreds more.His personal dedication to entertainment spans not only acting and producing but writing, digital content creation, stand-up comedy, talent recruitment, coaching and mentoring as well as motivational speaking.For Noel, the opportunity to engage audiences across cultures, ages and borders is made even more rewarding when he can draw from his dramatically unique personal experiences to enlighten and improve the quality of life for others, especially at-risk youth and criminal offenders to pop and car culture enthusiasts and more.After groundbreaking years in the profession as one of Hollywood's original Latino celebrities, Noel was honored to be invited to join the Academy of Motion Picture Arts and Sciences in 2017 as part of its diversity efforts and in recognition of his contributions.Noel credits much of his success to learning from his peers. Attentive to every important aspect of film creation and being true to his roots and community help him stand out to succeed in one of the world's most competitive professions and against challenging odds.Today, he makes time to mentor others both in business and life.