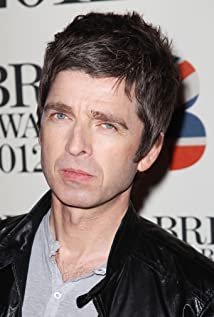 Born in 1967, Noel Thomas David Gallagher was raised in a working class family home in the Manchester suburb of Burnage by Irish immigrant parents Tommy and Peggy Gallagher. At the age of 13, he first began to play a guitar that his father had left him following his parents' separation, and he managed to teach himself how to play it despite being left-handed, and the instrument being right-handed.As a teenager, he often got into trouble with the police and was expelled from school when he was 15. But it was one night that both he and his brother, Liam Gallagher, were at a gig by fellow working class Mancunians The Stone Roses, that he realised that a career in music was possible.In the late 1980s, Noel toured with the Inspiral Carpets as a roadie and guitar technician and, when he heard that their frontman Steve Holt was leaving the band, he auditioned to be their new lead singer, but was turned down.In 1991 Gallagher was asked to join another local band called The Rain, as brother Liam, who was their lead singer, had petitioned the other band members to let him approach his older brother to be their lead guitarist.Liam changed the band's name to Oasis and, after Noel had joined, they were offered a worldwide major label record deal with Sony Music in 1993, which in turn would license their recordings to the "indie" label Creation Records in the UK. The band went on to have the UK's fastest selling debut album of all-time with their 1994 release, "Definitely Maybe", and enjoyed huge amounts of success throughout the mid-1990s as a prominent force in the Britpop movement.Following Oasis's acrimonious split in 2009, Noel began a successful new solo project named Noel Gallagher's High Flying Birds in 2010.

The Kinks: Echoes of a World - The Story of The Kinks Are The Village Green Preservation Society

Coldplay: A Head Full of Dreams