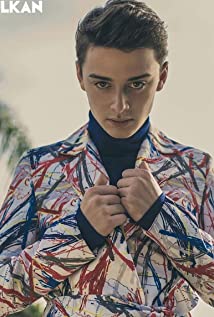 Noah can be seen in a central role on season 2 of the Award-winning Netflix series "Stranger Things" where he portrays Will Byers opposite Winona Ryder. The series was nominated for various awards in 2016 and 2017, including a Golden Globe for Best Drama Television Series, a SAG Award for Outstanding Performance by an Ensemble in a Drama Series (winner) and an MTV Movie & TV Award for Show of the Year (winner). He is also an honoree of Variety's Youth Impact Award.Noah will next be seen as the lead of "Abe", an indie drama that tells the story of Abraham, a 12 year old boy with a passion for cooking who has never known a family dinner without arguments. Directed by Fernando Grostein Andrade, the film is in production in New York.Schnapp's additional film credits include Steven Spielberg's Oscar winning Cold War thriller, "Bridge of Spies", as well as the indie feature "We Only Know So Much", based on the Elizabeth Crane novel. In addition, Noah also participated in the Sundance Director's Lab, where he shot the lead role of 'Henry' in director Brent Green's feature, "First Night on Earth." Most notably, Noah voiced the role of the one and only 'Charlie Brown' in the Fox feature film "Peanuts", director Steve Martino's new take on Charles Schulz's classic series.

We Only Know So Much