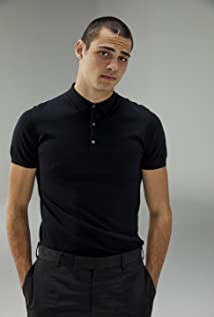 Noah Centineo is an American actor. He portrayed Jesus Adams Foster in The Fosters (2013), for which he was nominated for a Teen Choice Award. Since then, he has received both critical acclaim and audience adoration for starring in a series of romantic comedy films, beginning with To All the Boys I've Loved Before (2018), as heartthrob Peter Kavinsky, and then onwards with Sierra Burgess Is a Loser (2018), Swiped (2018), The Perfect Date (2019), and To All the Boys: P.S. I Still Love You (2020).Noah Gregory Centineo was born on May 9, 1996 in Miami, Florida, to Kellee (Andres) and Gregory Centineo, a businessman and former pastor. He is of Italian and German descent. Noah grew up in Boynton Beach, Florida with his older sister, Taylor. He attended BAK Middle School of the Arts and Boca Raton Community High School, before moving to Los Angeles in 2012 at the age of sixteen.Noah made his acting debut as Josh Peters in the family film The Gold Retrievers (2009). His first notable role was as Jaden Stark in the Disney Channel film How to Build a Better Boy (2014). He was subsequently cast in the Disney Channel comedy pilot Growing Up and Down (2014), before landing the role of Jesus Adams Foster in The Fosters (2013), taking over the role from Jake T. Austin. In 2017, he was nominated for the Teen Choice Award for Choice Summer TV Star: Male.

Can't Take It Back

How to Build a Better Boy