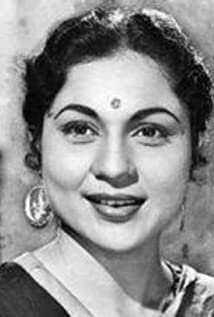 Kokila was born on January 4, 1931 in Valsad, Gujarat, India, in the Gujarati-speaking Balsara family.She was married to Kamal Roy at a very young age, and shortly thereafter in 1946 both husband and wife decided to make a career on the silver screen. They traveled to Bombay, both applied, but only Kokila was chosen to act in a Gujarati movie, Ranakdevi, followed by Amar Raj, and Gunsundari in 1948. She was primarily effective in creating the Gujarati film industry. This is how Nirupa Roy was born.She went on to act in many movies, initially as the leading lady then in various roles of a variety of Hindu Goddesses, so much so that people actually lined up to seek her blessings. From 1970s on she was type-cast to play the role of the mother for a number of leading actors, from Dev Anand to Amitabh Bachchan. She was perhaps the only actresses to have played the role of mother to Dharmendra and his son, Sunny Deol, albeit in different movies. In 1955 she acted as Dev Anand's mother, even though she is about 8 years younger than him.A Capricorn, she then went on to act in movies like Do Bigha Zameen, Tangewali, and Garam Coat, a brand of movies which later came to be known as 'realistic movies'.Her success has been reflected in 3 awards from 1955 to 1964 for her role in Munimji, Chhaya, and Shehnaai. She is also known for her trilogy with Bharat Bhushan namely Kavi Kalidas, Samrat Chandragupt, and Rani Rupmati.But her most memorable role was yet to come in Deewar, opposite Shashi Kapoor and Amitabh. Dialogues for this movies, as like Sholay, are still remembered and talked about.Throughout her career of over 60 years in movies, she has acted in over 250 movies. she did slow down considerably in the 1980s, but did make a comeback in 1999 with Lal Badshah.Her marriage with Kamal Roy resulted in the birth of a son, Kiran, and 2 daughters. She was known to be very close to her son.She was very friendly with yesteryear actress Shyama. She received one more award in 2003.Her end came quickly on October 13, 2004, at the age of 73, when she passed away after a cardiac arrest in Bombay.She will always be remembered, not only as the 'mother of Bollywood' for her roles in movies like Gunsundari, Rani Rupmati, Deewar, Amar Akbar Anthony and many others.