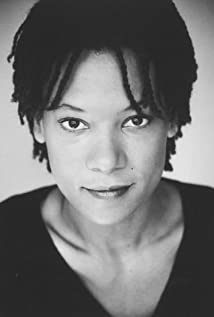 Born in London, with a Nigerian father, Nina trained at the Northern School of Contemporary Dance, and gained A-levels in Performing Arts. Soon she was appearing as Desdemona in "Othello", Olivia in "Twelfth Night" and Hermia in "A Midsummer Night's Dream", along with the title role in "Educating Rita". Joining the RSC, she played in "Henry V", "The White Devil", "The Learned Ladies" and "Herbal Bed", before moving to the National Theatre for "Anthony & Cleopatra" and "House and Garden", followed by "The Marriage of Figaro" at the Royal Exchange.On TV, Nina has appeared in People Like Us (1999), Teachers (2001), The Jury (2002), Jonathan Creek: The Three Gamblers (2000), Prime Suspect 2 (1992) - and many others. New projects include Serious and Organised: Human Trade (2003) with Martin Kemp and John Duttine, and Richard Curtis's new film Love Actually (2003) with Hugh Grant. She also appears in "The Vortex" at the Donmar Warehouse until February 2003.

Roald & Beatrix: The Tail of the Curious Mouse