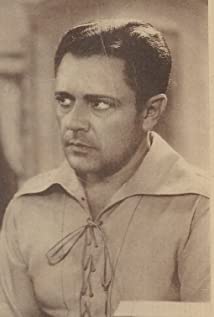 Niles Welch was born on July 29, 1888, in Hartford, Connecticut. He attended Yale and Columbia Universities, where he excelled in athletics. Welch spent two years in France studying literature, languages, painting and drama. He started his career on stage in 1909 in a production at Columbia. After graduation, he began his film career at Vitagraph Studios in Brooklyn, under producer Jesse Lasky. Next, he worked for the Kalem Company, and then Metro, where he was leading man for such stars as Mary Miles Minter and Ethyl Barrymore. He also worked for Universal and Goldwyn. While in New York, he met, then married, Elaine Baker, a Broadway actress.Later in life, Welch began a second career as a radio actor for the Columbia Broadcasting System. His mastery of French and German came in handy when World War II broke out. He was hired by the State Department to work for the Voice of America. In addition to daily short-wave broadcasts to Europe, he also had his own news show. In 1945, he suffered a tragic accident while working at the recording studio. He was carrying a collection of records and other items, and was starting through the heavy studio doors with a companion. An engineer called to him, and he stopped to reply. He then turned to leave, thinking the door was being held for him. But it wasn't, and he smashed his head against it. An examination disclosed that the retinas in both eyes had been detached. Surgery proved unsuccessful, although for a year he had partial sight in one eye. Then he became totally blind. Welch died in California in 1976, at the age of 88.

The Story of Louis Pasteur

The Count of Monte Cristo