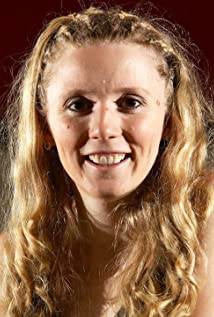 Nikki Webster was born on April 30, 1987. She first came to international attention when she starred as the `Hero Girl' of the Sydney 2000 Olympics Opening Ceremony. Nikki has been working in the entertainment industry since she was 5 years old. She started out in theatre with small roles in musicals "Cinderella' and "Aladdin". She also had guest roles in television shows "Home and Away" and "GP", and in the film "The Adventures Of Priscilla: Queen Of The Desert". In March 2000, Nikki auditioned for the starring role in the Olympics, and beat 500 girls aged 8-14 to get the part in September, just a couple of weeks before the show.At just 13, Nikki signed her recording contract with Gotham/BMG Australia. Between 2001 and 2004, she released 8 singles and 4 albums. Her biggest hit, 'Strawberry Kisses', stayed at number 2 in the ARIA charts for 8 weeks. Nikki's video clips with full-on dance routines have been popular on music shows like Video Hits.As well as recording, Nikki starred live on stage as Dorothy in "The Wizard Of Oz" in 2001-2002, launched her own K-mart fashion range for girls 5-14 in August 2003, and continued her school work at the MacDonald Collage of Performing Arts.Now almost 18 years old, Nikki has finished high school and is taking on new challenges. She split with her record company in late 2004, freeing her to pursue other media opportunities. She is currently performing in series 2 of the popular TV show "Dancing With The Stars" and continues to design for her fashion label.

The Adventures of Priscilla, Queen of the Desert