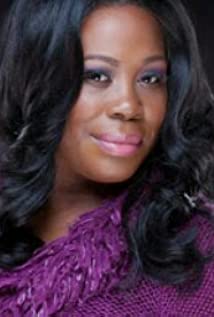 Nikee Warren is an American SAG AFTRA, Multi Award-winning Best Film Actress/TV Actress, Host, Model Writer and Host of The Kevin & Nikee Show. Nikee was the recipient of the 2019 Sister's Choice Award, for using her acting and radio show and community involvement to encourage, inspire, motivate, empower women and children people in general. Nikee also won Best Actress at the New York City & State, TV, Films & Plays Film Festival for her role as Mrs. White in the Short Film, The News. Nikee is who was born and raised in West Philadelphia and is the third oldest of seven siblings. Nikee graduated from South Philadelphia High School where she studied Business Law. Nikee continued her education at the University of Phoenix where she received both, her Bachelor's Degree in Business Management and her Masters in Human Resource Management.In 2013, Nikee joined Inspired Arts at Love Kingdom Fellowship where she performed in the following productions: "Mary the Mother of Jesus," "When the Past Meets the Present" and "A Gossiper in the Empty Tomb."In 2014, Nikee joined the Wilmington Drama League and landed the lead role as Daya in "Nathan the Wise." Also in 2014, Nikee joined the Spring Lake Theater in Spring Lake New Jersey and landed the role as Chiffon (Urchin) in "Little Shop of Horrors."Nikee would go on to accept another role in "Little Shop of Horrors," as Ronette (Urchin), at The Barnstormer's Theater in Ridley Park, Pennsylvania.Nikee grew up singing with her father in his gospel band. With training from her father, years later she would use her voice in many musical productions.In 2015, Nikee discovered that a career in TV/Film was what she really wanted to pursue and so turned all her focus to these areas of acting. Since 2015, Nikee would land roles in many films such as Cookeville, which was her first film, Emergency Landing, Thanksgiving with the Moretti's; The Good Wives Club; Second Sight, Second Chance and a many, many more.Nikee has been nominated Best Actress for her role in the Web Series, Faith vs. Mountains.Nikee received her acting training from Inspired Arts in Philadelphia, PA, Actor's Models and Talent for Christ (AMTC) and Aiken Acts Performing Arts.

Every Time I Die