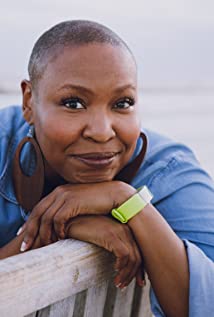 The LA native (not born but raised) always had the dream to be in entertainment since a child. Being the daughter of a single mother who says she was dancing, and talking before she could walk and an adopted sister who was at least 10 years her senior. Nikea had to pretty much entertain herself. Putting on various shows in her bedroom and singing into her jump rope. Everyone could tell she was going do big things. Nikea gradually started getting into modeling locally as a child and doing gospel musicals at her church where she was almost always the lead. Nikea didn't really didn't truly start falling in love with the possibility of being an professional actor until she got into college. Jackson State University where she studied Mass Communications, and minored in drama. Little did she realize drama would become her number one love. Hand picked for a couple of roles in the Colored museum one of Nikea's professors saw something in her and was asked to come to a table read, and was offered two of the meatiest roles in the play. From then on she went on to pretty much star and or be apart of every play that was put on. She also hosted her television show on the local channel W23BC called entertainment spotlight where she would interview artist who came to Jackson to perform such as Shaggy, Damon Hall of Guy and Bill Bellamy just to name a few. She also had a segment on the local news called Weekend Preview where she would let the locals know exactly was festivities were going on in the Jackson area.Upon graduating Nikea returned home and with some prompting from friends telling her she was funny and needed to do stand up she decided this would be her next move. On January 18, 1996 Nikea went to Mavericks flats, an 18 and over comedy club that hosted the likes of Chris Tucker and was one of the most prestigious comedy clubs at the time did her first stand up set. Not the greatest set but got a few laughs she kept going back and started getting better and better. Which eventually led to her being invited to the Comedy Store, The Improv, Ha Ha Café and many other staple comedy clubs. Realizing she eventually had to make ends meet and couldn't quite do that just doing stand up comedy in LA. She got a job. Ironically, not as an actor but at the William Morris Agency where she landed a desk in personal appearances comedy. Although she liked the job there was something missing so she tried her hand at various other positions in film sales and distribution, tv and film development and even production she even received an idea by credit on a Lifetime move called Like Mother Like Daughter, Although she was great at her job in each position there was still something missing. She finally realized that acting was what was missing and where she wanted to be. So she quit her job, well her job quit her, she was laid off and saw this as an opportunity to finally live her true dream.Not having a huge ego and feeling a lil rusty. Nikea enrolled in Acting class with Aaron Speiser who coaches the likes of Jennifer Lopez, Will Smith and LL Cool J. She fell in love with acting all over again and vowed to become the best comedic actress around. She worked her way up into the master class, but knew she didn't want to just be the master of the class so she stopped scene study and started taking cold reading classes. during her time in class, she found out some pretty serious news. She was diagnosed with Stage 2 Breast Cancer, and had to leave class and the world of acting for 3 years to deal with her health and getting better. Also understanding that life is too short she reached out to her half sisters (whom she had only met once as a young child) her younger sis Shavonne Turner and her older sister Candace Turner. They continue to be in touch and have grown to be very close. Nikea realized if she can beat cancer she can do anything and that just gave her more edge and drive to live on this earth and live out her dreams. And from there it took off. Nikea has starred in stage plays around the Los Angeles. While starring in one of the plays Lorretta Devine (Colored Girls) and Dawn Lewis (Different World) told her she had the most incredible comedic timing and would one day be seen on TV. She has had a guest spot on American Idol not as a singer but doing a parody of one of the contestants the only one of it's kind, and has had the opportunity to work on some of her favorite shows and work with some of her favorite writer producers. She is also a member of the Award winning all female African American Sketch Group Elite Delta Force 3. Who's viral video "Real Housewives of the Civil Rights" has taken over the internet and put EDF3 on the map. Nikea's other passion is working as an advocate for breast cancer awareness and breast health. Working with City of Hope! She has put her experiences as a breast cancer survivor in a funny blog she titled Sex in the City With No Titties and continues to snatch up roles when ever she can. She is curre

When It Comes Around