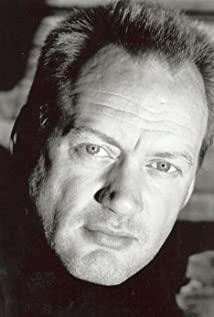 An accomplished theatre actor, Mr. Bennett appeared on the British stage for fifteen years before moving to Canada in 1986. During this time, he starred in "The Secret Diary of Adrian Mole" at the Wyndhams Theatre in London's West End. He also performed in "Ghosts", "Private Lives" and "Rookery Nook" at such theaters as the Haymarket Theatre in Leicester, the Crucible Theatre, the Bristol Old Vic and the King's Head Theatre Club, as well as many seasons on the stages of Canterbury, Newcastle, Nottingham, Plymouth, Manchester, Liverpool and Sheffield in England. From 1992-1996, he starred as the powerful and seductive "Lucien LaCroix" in the Gemini-nominated television series, Forever Knight (1992). In 1995, he received the prestigious Gemini Award for his role in the series, and it was on this show where he made his directorial debut.His feature film work includes co-starring with Gene Hackman in Narrow Margin (1990), The Outside Chance of Maximilian Glick (1988), a poignant drama that was voted Best New Film at both the Toronto Festival of Festivals and the Vancouver International Film Festival in 1988, Legends of the Fall (1994) starring Brad Pitt, Murder at 1600 (1997) starring Wesley Snipes, Top of the Food Chain (1999), a science fiction feature that premiered at the 1998 Toronto Film Festival and The Skulls (2000) starring Craig T. Nelson.

The Shape of Water