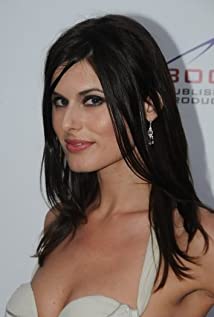 Nicole Holland is a seasoned executive who has spent the past 15 years in the independent film and distribution circuit. In 2007, Holland joined ITN as VP of Acquisitions. Having a keen eye for talent and film, Holland discovered and acquired most of ITN's top-selling titles. Holland executive produced Viking Blood (2019), The Bad Nun (2018), Mandy the Doll (2018), The Ouija Experiment 2 (2017), Ouija 3 Charlie Charlie Challenge (2016), American Poltergeist (2015), Ninja Immovable Heart (2014) starring Danny Glover, The Ouija Experiment (2013); and she wrote the cult indie American Poltergeist (distributed by Entertainment One and ITN) that was picked up by Netflix. Prior to joining ITN, Holland was the Executive Editor of Independent Film Quarterly magazine. In 2014 she served on the Documentary Jury at Sidewalk Film Festival (Birmingham). Ms. Holland graduated cum laude from Hunter College with a Bachelor of Arts degree in English Language Arts, and a double minor in Theatre and Psychology. Holland is a member of the Producers Guild of America (PGA).

Once Upon a Time in Tombstone

The Burning of Atlanta

The Huntress: Rune of the Dead