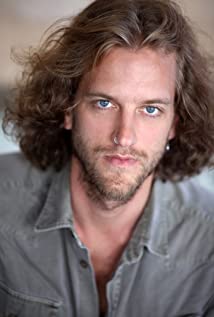 Nicolas Fagerberg was born in the dark wilderness of southern Sweden. Struggling to survive in a land where the sun only shines once a year, his love for acting began as a child when he would reenact films with his siblings and cousins. His favorite role....Simba from The Lion King.Fast forward until 2010 when he traveled far and wide, ending up in the land of America and subsequently graduating from the American Academy of Dramatic Arts. Since washing ashore on the sandy beaches of California, Nicolas has been in a myriad of plays including a world premiere of "The Relationship Play" for the 2012 Fringe Festival. His onscreen performance as Tom Baxter in the hit comedy "To Be Delivered" directed by Pierre Amstutz Roch was a success, being selected for 18 film festivals world-wide and winning several awards.In the winter of 2016 Nicolas was cast as the roguish, American drug smuggler Hugo Winter in the British/Ugandan feature film "Imperial Blue". The film was shot in little over two months in Uganda, London and India and will have it's world-wide premiere at Raindance Film Festival in London 2019.In 2019 Nicolas played a guest role as a CIA hacker in spy-series "Hamilton", an American journalist in the Finnish "Hotel Swan Helsinki" and a man with borderline personality disorder in the Swedish TV show "Tunne Blå Linjen".Nicolas is set to play a principle character in Maria Ruotsala's feature film Black Sun set to shoot in Lithuania, Croatia, Ireland and Finland in 2020.Nicolas is also a prolific musician and songwriter and grew up playing in several multi-genre bands.Always eager to grow as an actor, Nicolas has worked with acting coaches Sharon Chatten, Peter Budevski and Michele Gosset. Since 2016, he is being coached by Petter Barwé.