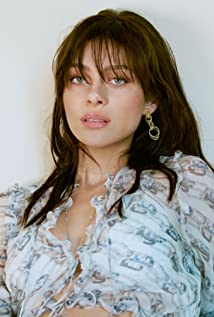 Nicola Peltz is emerging as a force to be reckoned with, on both the big and small screen. Her most prominent roles include the series Bates Motel (2013), and the films The Last Airbender (2010) and Transformers: Age of Extinction (2014).Nicola was born in Westchester County, New York, to Claudia (Heffner), who has worked as a model, and Nelson Peltz, a billionaire businessman whose assets include the Snapple brand of drinks. Nicola is of Ashkenazi Jewish (from her father) and German, Welsh, and English (from her mother) heritage.Nicola made her stage debut in 2007, opposite Jeff Daniels and Alison Pill, in the Laurence Olivier Award-winning production of "Blackbird", at the Manhattan Theatre Club, directed by Joe Mantello. In 2012, she starred, alongside Melanie Lynskey and Campbell Scott, in Eye of the Hurricane (2012), a compelling family adventure about a small Everglades community struggling to put their lives back together in the wake of a devastating hurricane. In 2010, Peltz starred in M. Night Shyamalan's The Last Airbender (2010), opposite Dev Patel and Jackson Rathbone. The film was written, directed and produced by Shyamalan and was based on the first season of Nickelodeon's animated series Avatar: The Last Airbender (2005). Peltz made her feature film debut in 2006 in Deck the Halls (2006), with Danny DeVito, Matthew Broderick and Kristin Chenoweth.In Michael Bay's Transformers: Age of Extinction (2014), Peltz stars alongside Mark Wahlberg and Jack Reynor. She plays Tessa Yeager, the daughter of a mechanic (Wahlberg) who makes a major discovery that catches the attention of the Autobots, Decepticons, and the U.S. government. The film is the fourth in the blockbuster series of live-action films, and is scheduled for release by Paramount on June 27th.Later this summer, Peltz will also star in Kevin Asch's Affluenza (2014), which is set for limited release in July. The film is a coming- of-age story, inspired by "The Great Gatsby" and is set amongst the upper-class in the Long Island suburb of Great Neck, during the weeks leading up to the financial meltdown of 2008.On the small screen, Peltz reprised her role as "Bradley Martin", a troubled high school student, in the second season of A&E's critically-acclaimed series, Bates Motel (2013). The series is a modern re-imagining and prequel to the 1960 Alfred Hitchcock cult classic, Psycho (1960), which focuses on the life of "Norman Bates" and his mother, "Norma Bates", portrayed by Freddie Highmore and Vera Farmiga.

The Obituary of Tunde Johnson

Eye of the Hurricane