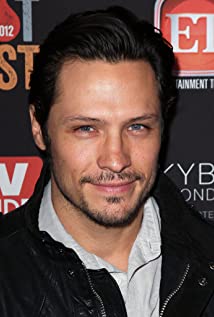 Nick Wechsler has been building a quality career as an actor since he was a teen. Most notably, he played series regular, Jack Porter, on the ABC's Critics' Choice nominated series "Revenge". Nick quickly became a fan favorite on the series for his brooding, dramatic but surprisingly funny personality, which has been compared to that of James Franco.Nick was born and raised in Albuquerque, New Mexico with seven brothers. Following his high school graduation, he set off for Los Angeles to pursue his dream of acting. Shortly after arriving in LA, he was cast as Kevin "Trek" Sanders, a child prodigy conceived at a Star Trek convention, in the syndicated series "Team Knight Rider." Building off his success, he landed his breakout Teen Choice Nominated role as Kyle Valenti in the series "Roswell."After wrapping "Roswell," Nick went on to land recurring roles in such series as "It's Always Sunny in Philadelphia," "Without a Trace" and "Vanished," as well as guest starring roles in "Chase," "Past Life," "The Sarah Connor Chronicles," "Crossing Jordan," "Cold Case," "Tru Calling," "Malcolm in the Middle" and in the made-for-television movie "Perfect Game."In addition to his impressive work in television, Nick has an substantial experience in film. His work on the big screen including roles in the feature film "Fling," directed by John Stewart Muller and the independent film "Chick's Man."As a thespian truly dedicated to his craft, Nick has a vast experience in theatre. His work on stage includes roles in stage productions of "Rebel Without a Cause," "A Midsummer Night's Dream," "One Flew Over the Cuckoo's Nest," "Waiting for Godot," "Hansel and Gretel," "Pippin," "Asleep on the Wind," "Harvey," "You Can't Take it with You" and "The Actor's Nightmare."With versatile experiences, a passion for acting, and a captivating personality, Nick will continue to be one of Hollywood's leading men for years to come.Nick currently resides in Los Angeles.