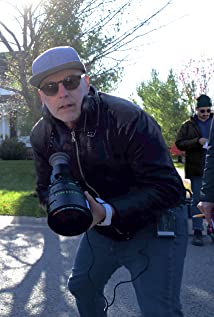 Nick was born to an American advertising copywriter mother, Adeline, and Chilean artist, Andres Monreal, in Providence, Rhode Island. He grew in in New York City and the outskirts of Boston. Not much of a student, he was a nomadic spirit who struck out on his own at an early age, often getting into trouble and ended up ditching Boston for London when he turned 16. He bounced back and forth between London and Boston, worked odd jobs, took up the saxophone, played in a few bands and got to know quite a few street characters in these nomadic years. It was these characters who helped form the consciousness Nick would then bring to his movies and life's work.Realizing he wasn't going anywhere fast with his life, he obtained his GED, moved to New York and attended SUNY Purchase with an interest in sound design, music and movies. It was there he met a group of filmmakers, producers, and actors that he would work with for the next decade; producer Bob Gosse, director Hal Hartley; actors Edie Falco, Paul Schulze, Saul Stein, Adam Trese, all of whom Nick would use in his films.After SUNY, Nick worked on commercials and features in NYC and wrote a few scripts that caught some attention around NYC. In the early 1990's Nick's SUNY friend, Bob Gosse and Larry Meistrich started The Shooting Gallery in downtown NY to be a home for independent filmmakers. With them, Nick would make Laws of Gravity (1992) starring Edie Falco, Adam Trese, and Paul Shulze - heralding a return of New York City cinema verité, for the first time since Lumet and Scorsese in the 1970's.From there, Nick made New Jersey Drive (1995) starring Shar-Ron Corley, Gabriel Cassius, Saul Stein, and Donald Faison. Spike Lee, and his company; 40 Acres and A Mule, produced. Nick received Independent Spirit Award nominations for best director on both the critically acclaimed, Laws of Gravity and New Jersey Drive. New Jersey Drive would also receive the Grand Jury Prize at Sundance in 1995 along with a nomination and win at the Torino and Berlin festivals.Next, Nick directed the feature, Illtown, starring Michael Rapaport, Lili Taylor, Adam Trese, Kevin Corrigan, Angela Featherstone, Tony Danza, Isaac Hayes, Paul Schulze, Saul Stein. Of his third, and most experimental feature, Nick told the Village Voice: "The mood and tempo of Illtown express what I felt like at the time. I had to make it to come out the other end. It was incredibly hard, but it was really satisfying working on a more intimate scale again." Former NYC mayor, Ed Koch is claimed to have said of Illtown, "It's like a Picasso. You don't always understand it, but you know it's a masterpiece"In 1995, after a screening of Laws of Gravity, Nick was approached by Tom Fontana and Barry Levinson to create with them a look and tone for their new series for NBC; Homicide; Life on the Street. Nick would in turn, direct the pilot for the series and subsequent episodes. In 1997, Nick would again collaborate with Fontana in the creation of his new series, Oz, for HBO.Following Oz, Nick, now deeply ensconced in the world of television - a place he felt comfortable to express his ideas and flourish, found himself on the crest of the golden age of television with the explosion of cable. He has directed some of the best episodic television of the past two decades and enjoyed close collaborative relationships with the creators of Chicago P.D. along with countless others. Nick, a prolific episodic director, recently inspired by the wealth of up-and-coming artists, will produce television and bring projects through his company, Eidophusikan Productions.