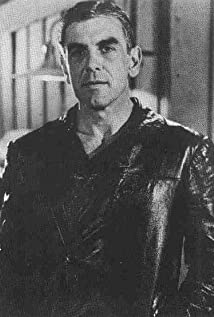 Prolific Hollywood stuntman / actor / bodybuilder who portrayed bare knuckle fighters, tough thugs, vicious hoodlums and even a living dead sculptor in a career spanning over thirty years. A US navy veteran, the athletically built Dimitri first got involved in cinema in the late 1950's and contributed stunt work to TV series like 77 Sunset Strip (1958) and Route 66 (1960) and appeared in minor acting roles in Kid Galahad (1962), The Train (1964) and Ambushers, The (1967).Dimitri was genuinely terrifying as an artist who returns from the dead seeking blood to build a hideous statue and to terrorize Angie Dickinson in the TV pilot The Norliss Tapes (1973). He was equally impressive as a ruthless bare knuckle fighter hired by white collar gangsters to slug it out with Charles Bronson amongst pits of oyster shells in the climax of the gritty Hard Times (1975).He remained perpetually busy during the 1980's contributing stunts and acting appearances in many action oriented TV shows including Knight Rider (1982), The A-Team (1983), MacGyver (1985) and Hunter (1984). In the 1990s, Dimitri tangled with cop Steven Seagal during a pool room brawl in Out for Justice (1991) and he was knocked out cold by a bomb laden corpse (!) as Arnold Schwarzenegger made his escape for a gangster's lavish rooftop funeral in Last Action Hero (1993). A longtime member of the well known Stuntmen's Association, Dimitri enjoys minor cult status amongst some movie fans for his "tough as nails" screen characters !