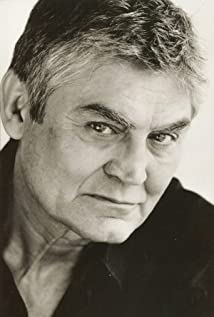 Nick (for Nicholas) Brimble is one of three brothers, all actors. The other two, twins, are Ian Brimble and Vincent Brimble. Their father, Roy Brimble, was a school teacher, which freed him in summers to travel around with and sometimes manage groups of performers. He acted with WEA and Bristol Arts Society and the sons grew up taking him through his lines and going to see him in plays.When Roy did TV and radio from Bristol, the three children played parts in productions such as 'Children Of The New Forest'. Nick applied to the Italia Conti stage school when he was about ten, but wasn't allowed to go. Instead, he passed his scholarship to Bristol Grammar school, and his reward was a season ticket to Bristol Old Vic Theatre where he saw every show until he went to University in '62.Nick graduated with a 2.1 degree (read "two-one" or Second Class Honours, Upper Division), which roughly equates to the American high 'B' range (3.0 - 3.3) as the minimum standard for entry into graduate school in England and Wales. He taught for a while after graduation. When he began acting, it was with a group of mostly young actors who learned and evaluated each other as they performed.Nick's strong features enable him to adopt a forbidding appearance in so many of his tough-guy roles. However, he's an utterly charming, somewhat reserved gentleman with a wonderful smile and electrifying blue eyes.