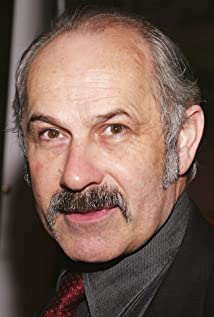 Nicholas - or Nick - Woodeson, born in 1949 in England to British parents - spent his early childhood in Haifa, Israel, in line with his parents' diplomatic postings. He recalls that his first taste of thespian glory was reciting A.A. Milne poems to family friends at the age of six. Nick's strong affinity and regard for the Middle East has meant that, in the 2000s, he has written several heartfelt letters to English broadsheet newspapers expressing his views on the Middle East crisis and American involvement therein. Sent back to England to complete a boarding school education, he went on to Sussex University where his interest in drama re-surfaced and he engaged in competitive productions for the British National Student Drama Festival. As a consequence he was noticed by, and obtained his first acting job for, the theatrical repertory company at Crewe in Cheshire, England, ruefully noting in hindsight that he was usually a prompter or assistant stage manager, rather than a player. However, he soon obtained a scholarship to the Royal Academy of Dramatic Arts, and later joined the prestigious Royal Shakespeare Company, in 1981, remaining with them intermittently until 1990. He has consequently appeared in other media including films like 'Topsy-Turvy' and television dramas like 'Midsomer Murders' in 1998, where he played one of several murder suspects, along with actress Angela Pleasence. A year later, Angela and Nick played a mother and son in the stage play 'The Late Middle Classes', notwithstanding the fact that there was only an eight year age gap between them. From 2007, he reached a global audience as Julius Caesar's clever and loyal "body slave" Posca, in the BBC/HBO TV blockbuster, 'Rome'.

The Living and the Dead