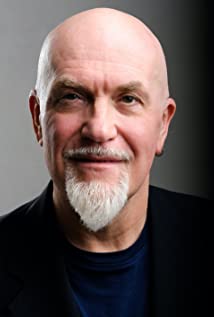 Nicholas Vince is best known for his roles as The Chatterer Cenobite in Clive Barker's Hellraiser & Hellbound: Hellraiser II and Kinski in Barker's Nightbreed. In 2016 he was awarded the London Horror Society Award for Outstanding Contribution to UK Independent Horror and in 2018 a Lifetime of Torment Award at Texas Frightmare, plus a Dedication to Horror award from the Liverpool Horror Club.He stars in the independent feature films, Hollower (dir. MJ Dixon) and The Offer (dir. Chris Griffiths & Gary Smart), with others from the Hellraiser films; and features in The Black Gloves (dir. Lawrie Brewster), Book of Monsters (dir. Stewart Sparke), Fuck You Immortality (dir. Federico Scargiali), Heckle (dir. Martyn Pick) and Paintball Massacre (dir. Darren Berry). He's worked on numerous short films including the award winning Mindless (dir. Katie Bonham).Nicholas has also written and directed three short films; The Night Whispered, Your Appraisal and Necessary Evils. His two collections of short stories, What Monsters Do and Other People's Darkness are both available on amazon sites; and his short story 'Prayers of Desire', a new origin story for The Chatterer was recently published as part of Hellraiser: Anthology - Volume 2 published by Seraphim Inc.

For We Are Many