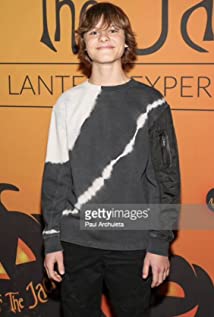 Nicholas Crovetti began his acting career in the Fall of 2015. Nicholas decided he wanted to try acting after watching his older sister, Isabella Crovetti, on set one day. After booking one of his first theatrical auditions, Nicholas can be seen in the HBO series Big Little Lies (2017), playing (along with his twin brother Cameron) one of the twin sons of Nicole Kidman's character. Nicholas and his twin will also be seen in the movie Anywhere with You (2018) Also the twins will be seen as guest stars on an episode of Black-ish (2014) Nicholas's father is a film/TV producer and his mother was a Broadway actress and child therapist. The boys' sister Isabella is also an actress and can be seen on USA network's Colony (2016) and she also leads the voice in Shimmer and Shine (2015) and is also the lead voice and singing vocals for Disney's Vampirina (2017) Nicholas and his family reside in the Los Angeles area. In addition to acting, Nicholas also loves playing drums, singing, soccer and gymnastics and playing with his two giant dogs.