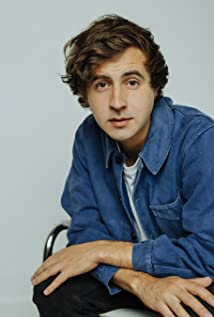 A fresh new face in the entertainment industry, actor Nicholas Coombe has quickly become one to watch this year. Coombe can soon be seen starring in Season 2 of the highly anticipated Amazon YA drama The Wilds (2020) . The Wilds Season 2 will continue to follow the harrowing ordeal of eight teenage girls stranded on a deserted island under mysterious circumstances. The new season will also focus on a new group of survivors, all boys, who find themselves in the same perilous situation. Both groups will be forced to navigate emotional and physical obstacles in the face of their extreme circumstances. Coombe will play Josh Herbert, a talkative, hypochondriacal teenager from a wealthy family in San Diego. Unlike the rest of his athletic, tennis playing family, Josh is an awkward, nervous type who takes a number of homeopathic supplements to handle his chronic stress.Coombe can also be seen starring in the up and coming comedy "1UP" (Lionsgate/Buzzfeed) opposite Ruby Rose, Paris Berelc and Taylor Zakhar-Perez. The film centers on a young woman named Valerie (Berelc), who quits her college esports team, fed up with gaslighting from her male counterparts, and quickly realizes that her decision comes at the cost of her scholarship. But, she discovers a loophole to save her collegiate future: find a coach and assemble a whole new varsity caliber team capable of reaching the State Finals. Coombe will be playing the role of Owen.Born in Kyneton, Australia but raised in Perth, Western Australia, Coombe knew from a young age that he wanted to be a performer. By the age of six, he was already enrolled in tap, jazz, and ballet lessons. At nine years old he made the jump to musical theater and absolutely fell in love. Coombe went on to sign with an agent in Perth and began doing commercial work along with a few student projects before he made the big move to Vancouver, Canada. While in Vancouver, Coombe continued to perfect his craft and landed a lead role on Dora and the Lost City of Gold (2019) opposite Isabela Merced, Eva Longoria and Michael Pena. He also had a recurring role on ABC's "Imaginary Mary" opposite Jenna Elfman. Additional credits for Coombe include: Open Road's Midnight Sun (2018), ABC's "Take Two," "Motive," The CW's "iZombie," SYFY's "The Magicians," and Netflix's Spy Kids: Mission Critical (2018). When not on set, you can find Coombe in the studio creating new music with his band "The Beanie Kids." Coombe shines on lead vocals and the guitar along with his band members Avery O'Brien (bass, vocals) and Jamison Ko (drums). The Beanie Kids music can be found across all platforms.Coombe resides in Vancouver.