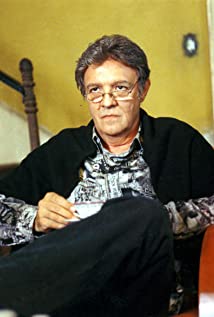 Latorraca, the son of a crooner and a chorus line dancer who both performed in casinos, and godson of the famous actor Grande Otelo, grew up in an artistic environment. Unfortunately, two years after his birth, a presidential decree closed the casinos, and his family lost their main means of survival.He began his acting career early, at the age of six, making a cameo in a radio soap opera. He then acted in the student theater and had his first professional opportunity in 1964, around the age of twenty, when he was cast in the play 'Reportagem de Um Tempo Mau' by Plínio Marcos. The play however, had only one performance at the Arena Theater, being banned by the Federal Censorship.After acting in three plays staged by a university group, he decided to attend the School of Dramatic Art in São Paulo, where, for the next three years, he took classes in theater history, body expression, diction and interpretation with notable instructors such as directors Zbigniew Ziembinski and Antunes Filho, among others. During this period, he found parallel jobs to keep up, working at a bank and a women's clothing store. He has also appeared in several plays. His graduation's godmother was actress Marília Pêra.In the late 60s he started on television in bit-roles, and in the early 1970s, he acted in several prominent theatrical productions. In 1974, he was hired by Rede Globo, Brazil's largest TV production network, as a contract player, performing his first significant role in the telenovela Escalada (1975). His TV career flourished in dramatic and comedic roles for the next 40 years.In 1986, he began his participation, opposite Marco Nanini, in the staging of Marília Pêra's production of 'The Mystery of Irma Vep', a great box office success and longest-running play ever produced in Brazil. This hit play, written by Charles Ludlam, was for two actors who, between them, play eight characters of both sexes and go through some 35 costume changes that take place during the two-hour show.In September 2017, shortly before the musical 'Vamp' 's season premiere in São Paulo, he announced that he would retire after that show and would no longer act in television, theater, or cinema. Nonetheless, he still made two more notable TV appearances after that, reprising famous comedic characters 'Barbosa' (TV Pirata (1988)) and 'Count Vlad' (Vamp (1991)).

For All: Springboard to Victory