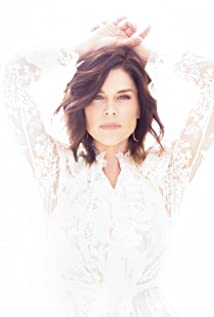 Neve Campbell was born and raised in Guelph, Ontario, to Marnie (Neve), a Dutch-born psychologist and yoga instructor (from Amsterdam), and Gerry Campbell, a Scottish-born teacher (from Glasgow). Campbell first came to our TV screens in the hit Drama series Party of Five (1994). Described as TV's most believable teenager, her first major film role came in the form of innocent victim "Sidney Prescott" in Scream (1996), the film which re-defined the slasher genre.She joined the cast of the acclaimed series House of Cards In 2016, playing Leann Harvey, shortly after in 2018 she starred opposite Dwayne Johnson in the action movie Skyscraper.Many film offers came her way but, as she was filming Party of Five (1994) for nine months of the year, the filming schedules often clashed. So in 2000, she announced that she was to leave the award winning show to concentrate on a film career.Spreading through many genres, her film credits to date include the romantic comedy Three to Tango (1999) alongside Matthew Perry and the erotic thriller Wild Things (1998) with Denise Richards and Matt Dillon, though she has turned to a more art house approach with the critically acclaimed Panic (2000) and, more recently, Last Call (2002), both directed by Henry Bromell.She is an animal lover and describes herself as having a dry, often offensive sense of humor.

Castle in the Ground

No Land No Food No Life