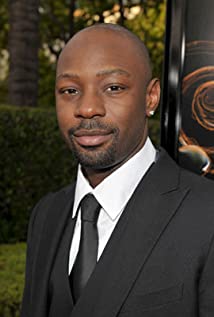 Nelsan Ellis was an award-winning American film and television actor and playwright, perhaps best known as Lafayette Reynolds on HBO's True Blood (2008).Nelsan was born on November 30, 1977, in Harvey, Illinois, the son of Jackie Ellis and Tommie Lee Thompson. Following his parents' divorce, Ellis and his mother moved to Alabama. He moved back to Illinois as a teenager, and graduated from Thornridge High School in Dolton, Illinois, in 1997. Ellis attended Juilliard and, while there, wrote a semi-autobiographical play titled Ugly that was performed at the school and later won the Lincoln Center's Martin E. Segal Award. Ellis won a 2008 Satellite Award from the International Press Academy for best supporting actor in a television series for his role as Lafayette Reynolds in HBO's True Blood. Ellis won the "Brink of Fame: Actor" award at the 2009 NewNowNext Awards.Tragically, Ellis died at the age of 39 on July 8, 2017, in Los Angeles, California, after complications from heart failure. His family released a statement on July 10, saying that Nelsan had been trying to quit alcohol in the days before his death, and suggesting that he suffered from alcohol withdrawal syndrome, leading to his heart failure.

A Drop of True Blood