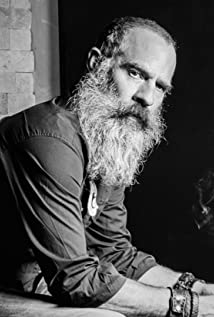 Neil Sandilands can be seen starring in Netflix's hit sci-fi/fantasy drama series "Sweet Tooth." Sandilands shines as General Abbot, a self-appointed general who leads through wit, intimidation, and quirkiness. "Sweet Tooth" Season 2 concluded principle photography in New Zealand, June 2022.In film, Sandilands was most recently seen starring as Wilhelm Leonberger opposite Tom Hanks in Universal Pictures' Academy Award nominated feature "News of the World" (2020) directed by Paul Greengrass.July 2022 sees Neil Sandilands being nominated as best supporting actor by the South African Film and Television Awards (SAFTA) for his work in DAM (Showmax) as well as a South African Music Award (SAMA) for best adult contemporary Afrikaans album for his debut album "Sangoma Sandilands & Jou Pa se Posse - Maanskyn". The music of this album also featured as the soundtrack for M-Net Originals 2022 hit show "Desert Rose" in which Sandilands portrays the troubled patriarch "Freddy Fingers".A master of disguise, Sandilands starred as super villain "Big Bad" Clifford Devoe/The Thinker on The CW's hit show "The Flash." Additional television credits include starring as the contentious, mythological character Titus in "The 100" for The CW, AMC/Sundance TV's "Hap and Leonard" (opposite James Purefoy, Michael K. Williams, Christina Hendricks), "House MD," "The Americans" and "NCIS: LA." The list is long as he started his professional career as a child star in 1989.Born in the mining town of Randfontein, South Africa, Sandilands is arguably one of the country's most versatile actors, bringing characters to life in film and television for over three decades, having started his professional acting career at just fourteen years old. Sandilands is the eldest of three children, his father having been a mining professional and his mother a teacher. He attended boarding school in neighboring town Krugersdorp and with the help of an encouraging teacher booked his first television acting gig in "Meester" (The Master) in 1989. Sandilands received his bachelor's degree in Social Sciences from the Rand Afrikaans University. He received an honorary award for his contribution to Arts & Culture from the University, having won its Theatre Festival three years consecutively with plays that he had written and starred in, as well initiating an International Film Festival.Sandilands crossed the international divide in 2003 with the arthouse film "Proteus" by Canadian director John Greyson, and by 2007 he was a household name in South Africa. He is well known for his portrayal of Bart Kruger in the South African soap opera "7de Laan." However, Sandilands had his sights on an international career, and has made the transition seamlessly. While Sandilands can currently be seen appearing in projects with a global reach, he still works often in South Africa where he performs in his native tongue, Afrikaans (English is his second language).In May of 2021 Sandilands released his debut album "Sangoma Sandilands & Jou Pa se Posse - Maanskyn", in his native tongue, Afrikaans. The album leaped to Number 1 on iTunes South Africa's charts in 24 hours. Sandilands considers this album an artistic and literary contribution to his country of birth. He collaborated with the cream of South African musicians to produce this 10 track album, writing and composing 7 of the tracks, performing lead vocals and playing the ukulele. He had two previous Nr 1 hits with renowned South African performer Karen Zoid.Accolades for Sandilands include being a recipient of the South African Academy of Arts and Sciences award for his directorial work on "Impresario" - a 21-episode documentary. In 2014 he received a Clio, also as a documentary director. Sandilands is most proud of the fact that he played rugby in South Africa, America, England, Wales and Ireland, and regards the South African Rugby World Cup victory in 2019, for the 3rd time, a miraculous anomaly. He enjoys fishing and cites his philosophical development as being most influenced by Camus, Wittgenstein, Deleuze and Nietzsche, in reverse order. He would love to portray Nietzsche or the character Meursault from Camus' "L'Étranger" in the future.Sandilands currently splits his time between South Africa, and Los Angeles, California. He is represented by Stewart Talent and managed by Luber Roklin Entertainment (USA). In South Africa he is represented by Figjam Artists Agency. Henry Mylne (director) writes: "Vivid, flamboyant (and) thoroughly professional, he doubtlessly brings an electric excitement to both stage and screen that few actors can match." neilsandilands.com @realsandilands