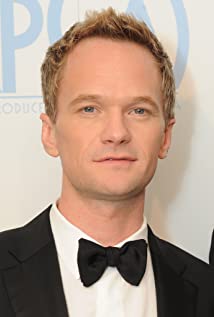 Neil Patrick Harris was born in Albuquerque, New Mexico, on June 15, 1973. His parents, Sheila Gail (Scott) and Ronald Gene Harris, were lawyers and ran a restaurant. He grew up in Ruidoso, New Mexico, a small town 120 miles south of Albuquerque, where he first took up acting in the fourth grade. While tagging along with his older brother of 3 years, Harris won the part of Toto in a school production of The Wizard of Oz (1939).His parents moved the family to Albuquerque in 1988, the same year that Harris made his film debut in two movies: Purple People Eater (1988) and Clara's Heart (1988), which starred Whoopi Goldberg. A year later, when Neil was 16, he landed the lead role in Steven Bochco's television series about a teen prodigy doctor at a local hospital, Doogie Howser, M.D. (1989), which launched Harris into teen-heartthrob status. The series lasted1989-1993 and earned him a People's Choice Award for Favorite Male Performer in a New Series (1990) and a Golden Globe Nomination (1990). Harris attended the same high school as Freddie Prinze Jr., La Cueva High School in Albuquerque. Neil acted on stage in a few plays while there, one of which was his senior play, Fiddler on the Roof (1971), in which he portrayed Lazar Wolf the butcher (1991).When "Doogie Howser, M.D." stopped production in 1993, Harris took up stage acting, which he had always wanted to do. After a string of made-for-television movies, Harris acted in his first big screen roles in nine years, Starship Troopers (1997) with Casper Van Dien and then The Proposition (1998). In July 1997, Harris accepted the role of Mark Cohen for the Los Angeles production of the beloved musical, Rent (2005). His performance in "Rent" garnered him a Drama-League Award in 1997. He continued in the musical, to rave reviews, until January 1998. He later reprised the role for six nights in his hometown of Albuquerque, New Mexico, in December 1998.In 1999, Harris returned to television in the short-lived sitcom Stark Raving Mad (1999), with Tony Shalhoub. He was also in the big-screen projects The Next Best Thing (2000) and Undercover Brother (2002), and he can be heard as the voice of Peter Parker/Spider-Man in the newest animated Spider-Man (2003) series. Harris has continued his stage work, making his Broadway debut in 2001 in "Proof." He has also appeared on stage in "Romeo and Juliet," "Cabaret," Sweeney Todd: The Demon Barber of Fleet Street in Concert (2001), and, most recently, "Assassins." In 2005, Harris returned to the small screen in a guest-starring role on Numb3rs (2005) and a starring role in the sitcom How I Met Your Mother (2005). Neil played the title role in the web-exclusive musical comedy Dr. Horrible's Sing-Along Blog (2008), widely downloaded via iTunes to become the #1 TV series for five straight weeks, despite not actually being on television.

The Unbearable Weight of Massive Talent