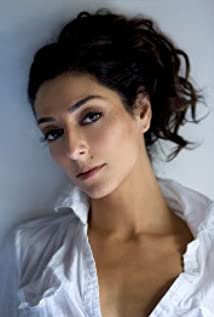 Necar Zadegan is a versatile actress known for a career on stage and screen. She made her Broadway debut when she originated the role of the Leper in Rajiv Joseph's Pulitzer Prize nominated and multi Tony award accoladed play " The Bengal Tiger at the Baghdad Zoo" opposite Robin Williams. She stars as Special Agent Hannah Khoury in the CBS global franchise series, "NCIS: New Orleans" and has joined the cast of the much anticipated and newest installation of the Star Trek franchise, "Picard".Ms. Zadegan first garnered critical acclaim for her portrayal of First Lady turned president Dalia Hassan on Fox's hit series "24", and most recently for her hilarious leading role in the absurdist docu-spoof film for IFC on Netflix called "Documentary: Now" written by Seth Meyers and alongside an all-star cast. The show has been nominated for multiple Emmys and has begun streaming in the UK. For HBO in the drama "Here and Now" from Oscar winning screenwriter, creator Alan Ball, she takes the lead in the delicate portrayal of Layla Shokrani.In the much beloved Bravo comedy streaming on Netflix, "Girlfriends Guide to Divorce", Ms. Zadegan plays the character written for her by show creator Marti Noxon, of fashionable, high powered attorney and fan favorite, Delia Banai. The show recently began streaming its fifth and final season. The year also saw Ms. Zadegan join the cast of the ABC hit "The Good Doctor". Other series regular roles include her portrayal of Dr. Gina Bandari on "Emily Owens MD" and in the lead opposite Greg Kinnear in the FOX comedy "Rake".Some highlights from her many other credits include roles for Steven Spielberg company produced series "Extant", opposite Sean Bean in spy series "Legends" and a very memorable turn as the Queen of Iran in Showtime's critical success "Masters of Sex" opposite Michael Sheen, with whom she also starred opposite in the Columbia Tri Star film, psychological thriller "Unthinkable" alongside Samuel L. Jackson. She appeared with Adam Sandler in Judd Apatow's "You Don't Mess With the Zohan" and played the title role in "Elena Undone" which enjoyed success at independent festivals worldwide.Ms. Zadegan has worked at some of the world's most prestigious theaters including The Mark Taper Forum, the Royal Dramatic Theater of Stockholm, the Edinburgh Fringe Festival, The Palace of Fine Arts in San Francisco and many more, and toured internationally in the Persian language production of "Satellite with Love".Necar Zadegan was born in Heidelberg, Germany and raised in Northern California. She studied theater and dance on a performance scholarship at the University of California, Santa Barbara and graduated with honors and a BA degree in English Literature. She also studied at the Sorbonne University in Paris. She speaks Persian, French and German and has learned Spanish, Arabic and Hebrew while working in those languages. She works with USAID in supporting opportunities for education across the globe and is an ambassador for BuildOn.org and travels with them around the world building schools for children.

Let the Right One In