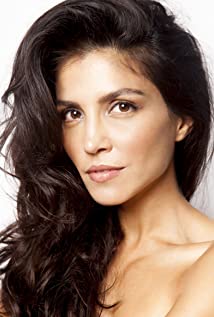 Born in Mumbai, India and raised in Nigeria until the age of seven, Contractor was well-versed in world travels and a variety of cultures at a very young age. She attended boarding school in London from seven to nine years old, then her family moved to Toronto, Canada, where she spent the majority of her childhood and young adulthood. In Toronto, Contractor excelled in academics and trained as a classical ballerina. She attended the Etobicoke School of the Arts, a specialized public arts high school where she not only danced but studied theater as well. At the age of 16, after nearly 10 years of dance Contractor realized she wanted to pursue acting seriously. Upon graduating from high school she accepted a full scholarship to the University of Toronto, where she pursued a masters in theatre and a double major in psychology and sociology. After one year at University, Contractor went to an open call audition for the play Pericles at the prestigious, world-renowned Stratford Shakespeare Festival [Ontario, Canada], and landed the lead role. She received rave reviews for her work in the 92 shows performed, the play was voted the #1 production of the year by Canadian critics, in 2002. Contractor was offered the opportunity to enroll in Stratford's conservatory program, where a select eight men and four women are accepted for a 20-week crash course on classical theater, which she eagerly took. Contractor was guaranteed a spot in the next season of plays, and landed the role of Hermia in A Midsummer Night's Dream. By the third season with the company, Contractor wanted to pursue film and television. In 2005 she booked a role in a FOX pilot by Anthony Hines [Borat, Bruno, The Dictator]. The role was intense, leaving the actors in character for eight to nine hours a day in front of an audience, and was a precursor to the style of film that Borat would be, just one year later. When the pilot did not get picked up, Contractor decided to go back to school and finish her education. While securing her degrees, she booked "The Border," a Canadian drama for CBC. She starred as Layla Hourani for 26 episodes, and the series aired worldwide. The role also garnered her a Golden Nymph Award at The Montecarlo Television Festival, in 2008. Once the show wrapped, Contractor made the move to Los Angeles.In 2009, Contractor booked the role of Kayla Hassan, in 21 episodes of the hit FOX series "24." As President Omar Hassan [Anil Kapoor] and Dalia Hassan's [Necar Zadegan] daughter, she was a scene stealer, portraying a seemingly sheltered young woman, whose secret life ends up putting her in horrible conditions. While in production on "24" Contractor also booked a recurring role on CBS' "Rules of Engagement" opposite David Spade and Adhir Kalyan. Other television credits for Contractor include "Lone Star" [FOX] and "Last Resort" [ABC]. On the film front, Contractor has been seen in Seance: The Summoning [Lionsgate] in which she won Best Supporting Actress at WorldFest Houston, in 2012.In May 2013, Contractor appeared as a devoted wife and mother facing extreme challenges in her family in the highly anticipated, Paramount feature film Star Trek Into Darkness (2013).When not working, Contractor is an avid runner and yogi. She loves to travel the world, and her preferred method of transportation while in other countries is by motorcycle. She was also born into the ancient religion of Zoroastrianism, and is one of the 150,000 Parsis in the world. Philanthropy is a huge priority for Contractor, she is a strong supporter of the organization Second Harvest to feed the homeless, and Look Good Feel Better, supporting women with cancer. She lives in the Los Angeles area with her husband, son, and border terrier.